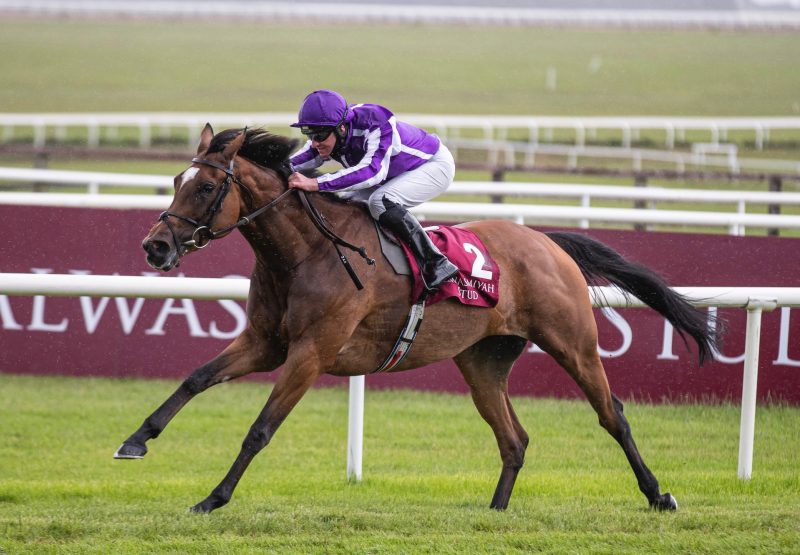 Magical (5m Galileo - Halfway To Heaven, by Pivotal) proved she retains all of her ability when running out an impressive winner of the Group 1 Pretty Polly Stakes at the Curragh on Sunday. …
Continue reading
News
10/06/2020
Ballydoyle 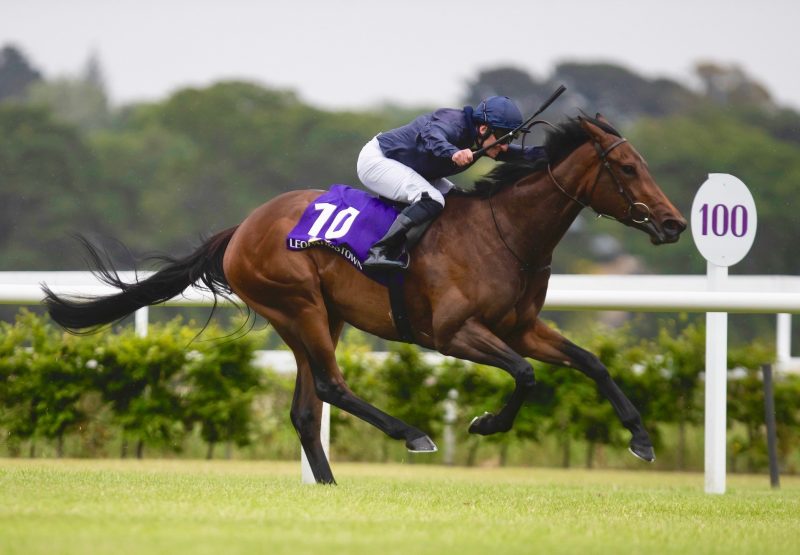 Love Locket (3f No Nay Never - Starlet, by Sea The Stars) completed a terrific four-timer for the Ballydoyle team when making a successful step up in class in the Group 3 Leopardstown Fillies Trial Stakes on Tuesday.…
Continue reading
News
08/06/2020
Ballydoyle Love Conquers All In 1,000 Guineas

Love (3f Galileo - Pikaboo, by Pivotal) made the perfect start to her three-year-old career when running out an impressive winner of the QIPCO 1,000 Guineas for Aidan O’Brien and Coolmore partners.…
Continue reading
News
18/11/2019
Ballydoyle 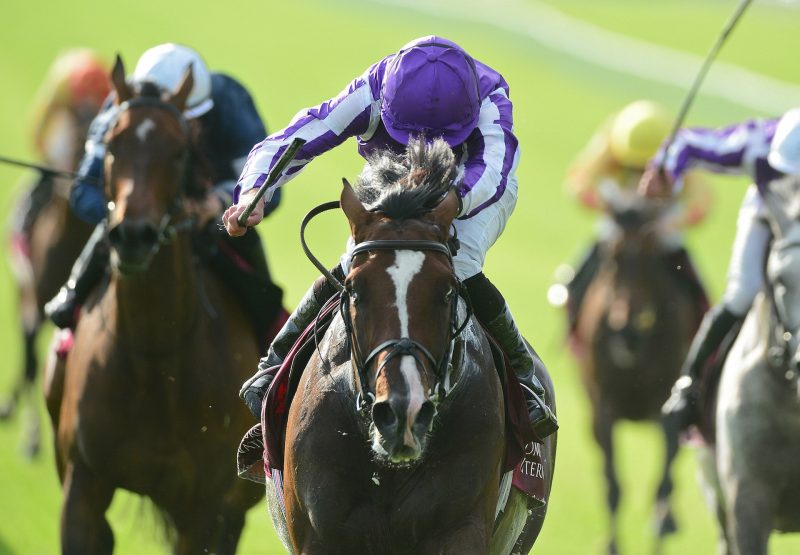 A drop back in trip saw Southern France (4c Galileo - Alta Anna) reward new Australian connections with a Group 2 success in the Zipping Classic at Sandown over the weekend.…
Continue reading
News
16/09/2019
Ballydoyle 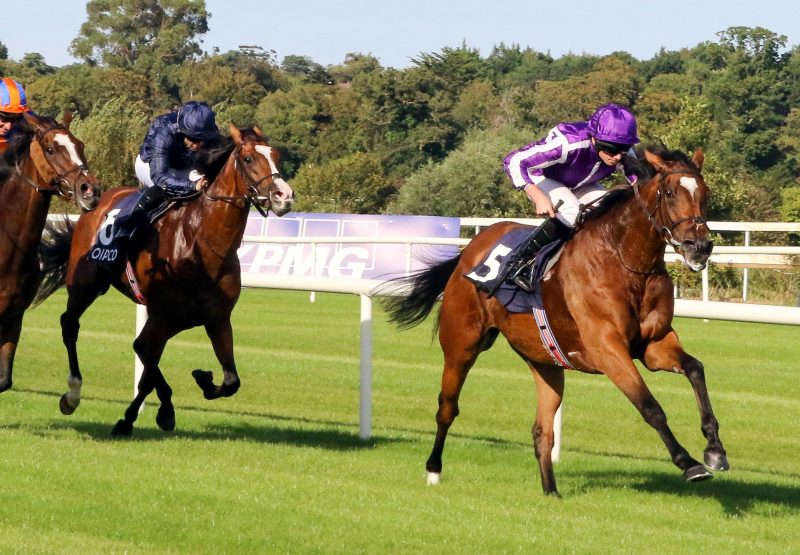 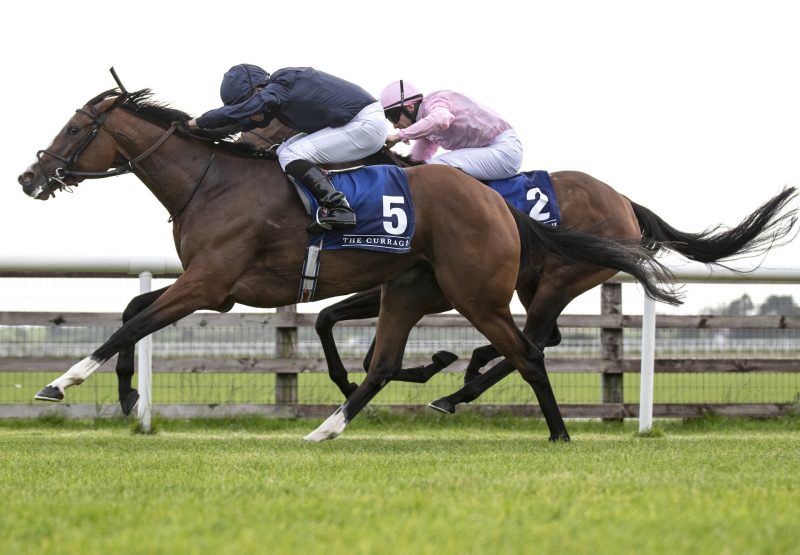 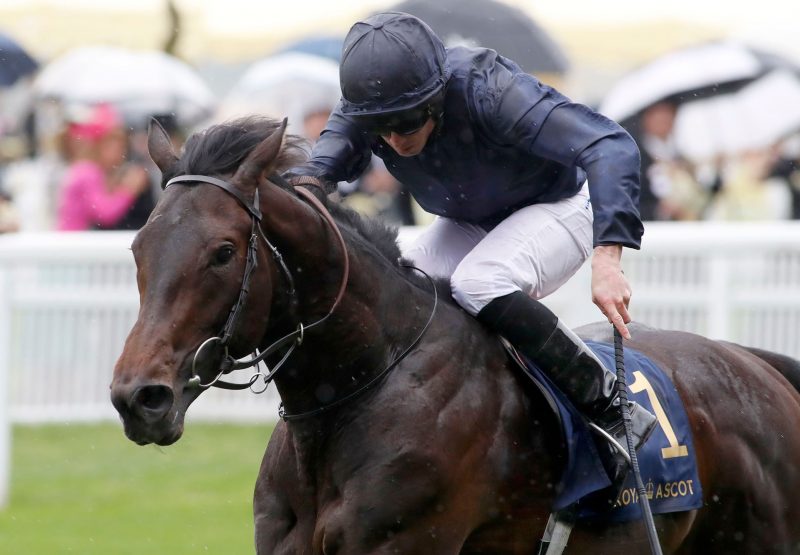 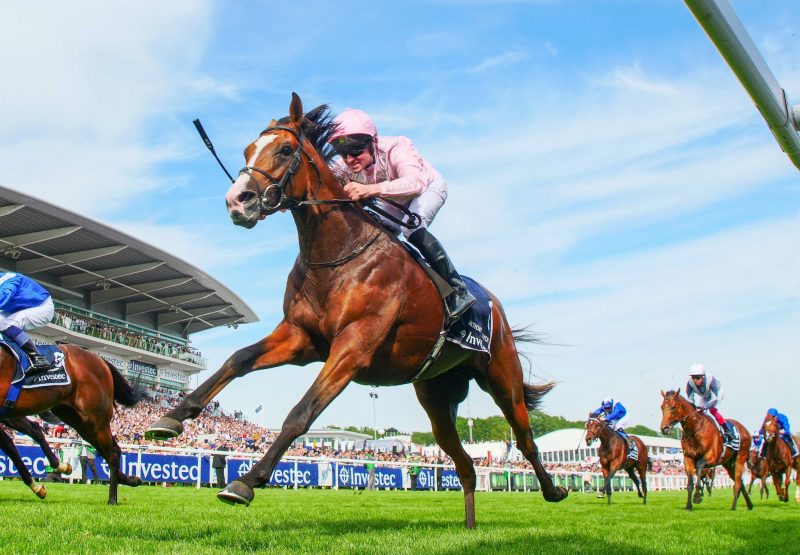 Aidan O’Brien trained a record-equalling seventh winner of the Epsom Derby in the shape of Anthony Van Dyck (Galileo), who was chased home by his Ballydoyle stablemates to impressively fill the third, fourth, fifth and sixth placings. …
Continue reading
News
28/05/2019
Ballydoyle To win Saturday’s Yeats Stakes at Navan was very apt for the Ballydoyle team and the obliging charge was Western Australia (Australia), ridden to victory by Donnach O’Brien. …
Continue reading
News
14/05/2019
Ballydoyle 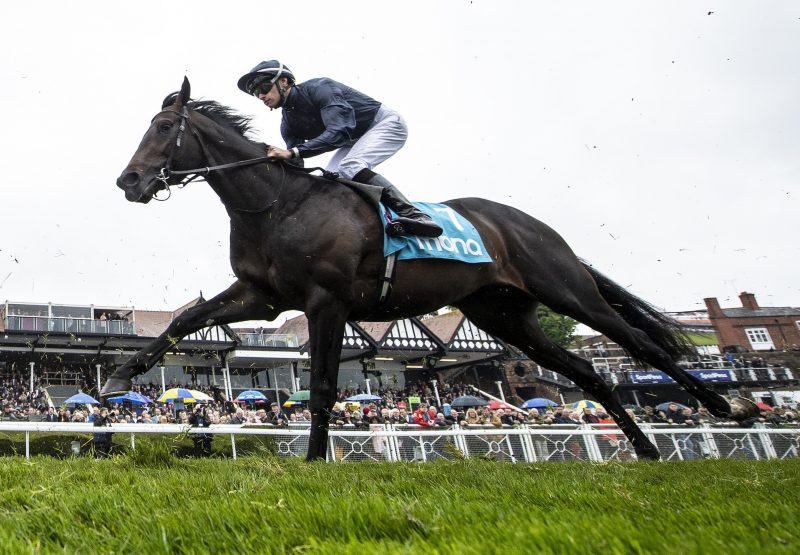 The past week saw Ballydoyle’s hopes for the 2019 Classics continue to grow, as Aidan O’Brien trained the winners of four of the five recognised Derby trials.…
Continue reading
News
07/05/2019
Ballydoyle Ballydoyle’s success in the British Classics continued over the weekend, as Magna Grecia and Hermosa completed a QIPCO Guineas double for Aidan O’Brien and Coolmore partners.…
Continue reading

Ballydoyle Racing Stable in Co. Tipperary is acknowledged by many racing experts to be the finest training establishment in the world. Firstly Vincent O’Brien, and now his unrelated namesake Aidan O’Brien, have sent out horses from this tranquil setting to win all the major races in Europe and the USA. Vincent’s son David also used the Ballydoyle gallops during his brief but spectacularly successful training career in the early 1980’s.

When Vincent O’Brien hand-picked the property in 1950 it was a working farm, but several natural features of the place ensured him that it had the makings of the ideal academy of the racehorse. Thoroughbred racehorses are very fragile creatures but they require a considerable amount of speed work. Minimising the risk of injury is paramount, and on the natural contours of Ballydoyle, Vincent envisaged the perfect gallops on which no less than nine Epsom Derby winners would be prepared. Natural drainage and the fertile limestone land make for a good covering of grass which provides an extremely safe surface on which to gallop horses. The gentle inclines allow horses to exert themselves that little bit more without putting additional pressure on their front legs.

As Vincent changed his emphasis from training National Hunt horses to those for flat racing, he set about developing special peat gallops which provide an excellent cushion for use when the ground becomes firm during the summer months. This was a long and arduous process which involved laying down thin layers of peat each year and it took almost 15 years work before these gallops were ready to use for the first time. What a visitor to Ballydoyle sees today is the culmination of over sixty years of input from two of the world’s greatest racing brains allied to investment on an unparalleled scale.

Since 1966 only two overseas trainers have landed the trainers championship in Britain. Remarkably, both were based at Ballydoyle with Vincent topping the table in 1966 and 1977 and Aidan becoming leading trainer in 2001, 2002, 2007, 2008, 2016 and 2017 when he also trained the winners of a world record-breaking 28 Gr.1 races. Vincent and Aidan O’Brien have both become Irish sporting legends. Irish racing is more successful internationally than any other sport in which we participate, and Ballydoyle has been central to that success over the past 60 years.