The red-hot Munnings had another eye-catching day on the track Sunday when his international stakes double was led by a 1-2 finish in the Grade III Bold Ruler at Belmont Park.

Wondrwherecraigis (4g Munnings x Social Assassin, by Giant’s Causeway) has been on fire this year with four wins in six starts and hit a milestone for both himself and trainer Brittany Russell with the Bold Ruler their maiden graded stakes victories.

Racing over seven furlongs on the dirt, Wondrwherecraigis shot to the lead under Luis Saez and was never under serious pressure. Munnings’ Continuation raced in second for much of the race and made a bid for the win but never had enough for the leader.

Wondrwherecraigis won by 2 ¼ lengths with Continuation 3 ½ lengths in front of the third place horse.

“I watched from home because I’m having a C-section tomorrow, so I couldn’t make the trip today,” Russell said. “I’m home resting in preparation for tomorrow. It picked our heads up knowing we’re going to have a new baby tomorrow. The whole team deserved it and he [Wondrwherecraigis] deserved it. He’s been awesome.”

Raced by Michael Dubb, The Elkstone Group, Madaket Stables, and Michael Caruso, the Bold Ruler was the sixth win in 10 starts for Wondrwherecraigis. His first start at the level came in his third career run when he finished third in the Gold Fever Stakes before a fourth place finish behind Uncle Mo’s Yaupon in the Grade II Amsterdam Stakes.

In 2021, the Fleur de Lis-bred had won two of his three stakes starts with a second in the Grade III Frank J. De Francis Memorial Dash last out as well. 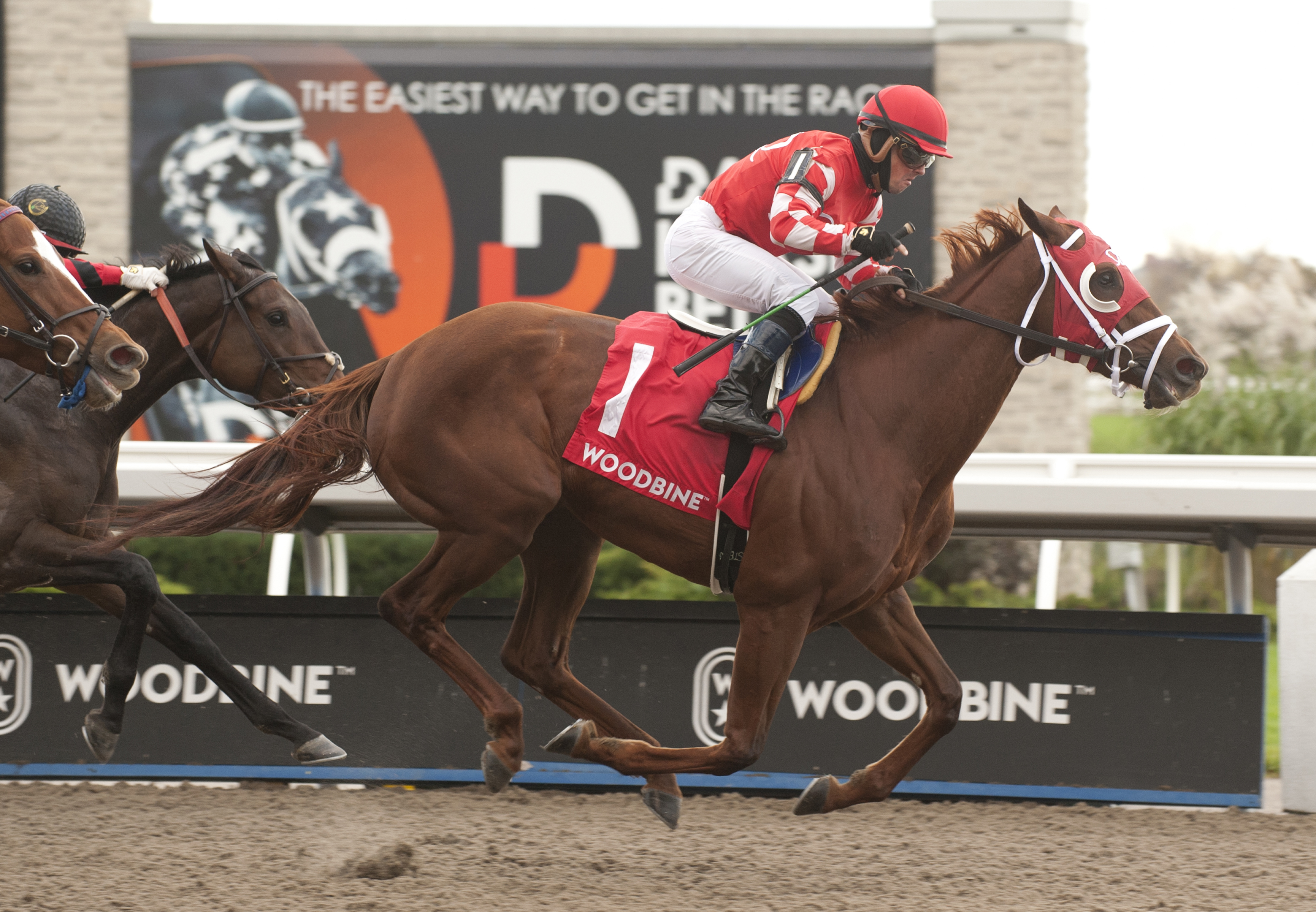 The 3-year-old filly her won two of her last three stakes starts and was looking for a second straight win at the level after winning a Canadian classic last out.

Munnyfor Ro raced in fourth two lengths off the leading Salty As Can Be in the 1 1/16 mile synthetic race as that one was put under some pressure up front. Angling out as they entered the final furlongs, Munnyfor Ro left her backers in suspense until late in the stretch when she stuck her head in front.

Munnyfor Ro was able to have a length on the field in the end with the two behind her more concerned about who would get second than challenging the leader.

“I expected a little more pace, but I was in a good spot,” said jockey Justin Stein. “She was sitting comfortably in behind the slower pace and we were in the right spot for those fractions. When I called on her, she was there. She gave me everything.”

Munnyfor Ro has come into her own this summer, putting together a streak that started when second in the Grade III Selene Stakes. A month after that, she won the Woodbine Oaks Presented by Budweiser and was only 1 ¾ lengths back when fourth in the Queen’s Plate. Bred by Daybar, Ltd., she races for Raroma Stable.

The Queen’s Plate was the last time Munnyfor Ro didn’t visit the winner’s circle with the filly winning the Wonder Where Stakes on October 2 before her win in Sunday’s Ontario Damsel.

Munnys Gold (3f Munnings x Haraawa, by Medaglia d’Oro) had impressed on debut in her first start and…
Continue reading
21/01/2023