Champion 2-Year-Old Filly Caledonia Road joined the star-studded list of mares who have produced foals by Triple Crown winner Justify this year when she foaled a filly on January 20th bred by Grand Farm Family.

The 2017 Grade I Breeders’ Cup Juvenile Fillies winner was an outstanding juvenile, winning on debut before finishing second in the Grade I Frizette Stakes in the build up to the Breeders’ Cup. Caledonia Road topped off her championship campaign with a 3¼ length victory in the Breeders’ Cup to end her season.

The winner of three of her five starts, Caledonia Road was a $2.3 million purchase by Narvick International at the 2018 Fasig-Tipton November Sale at the conclusion of her career.

One of two stakes winners from two to race for her dam, Caledonia Road is a half-sister to Listed winner One of a Kind and comes from the family of Grade I winners Data Link and Hymn Book.

Caledonia Road is also another star in Justify’s second book with the mare returning to the 2018 Horse of the Year in 2020. 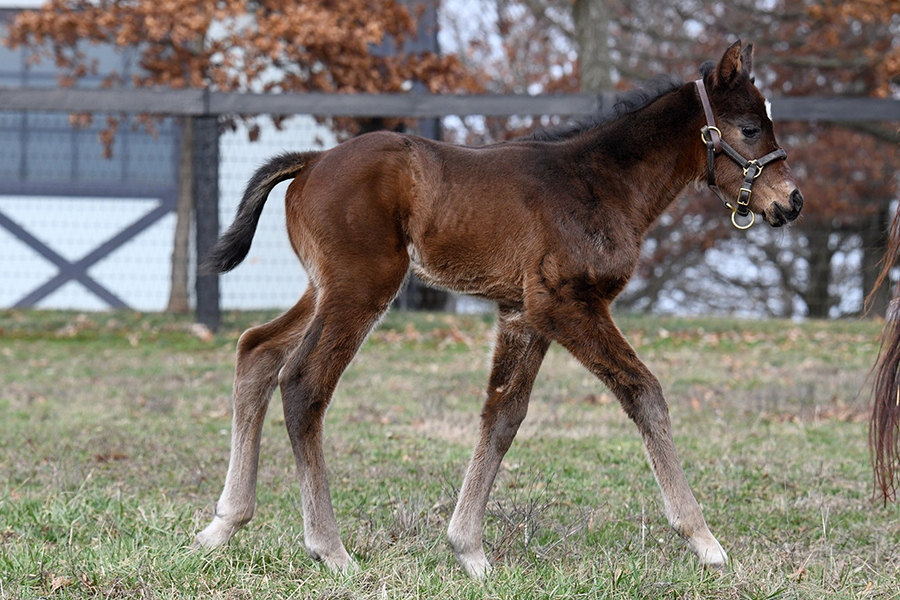