A colt out of Stop The Wedding was the second colt by Champion Classic Empire to sell for six figures on Thursday at the Keeneland November Breeding Stock Sale when bringing $140,000 from American Equistock.

Bred by Robert Tillyer and Dr. Chet Blackey, the colt was consigned by Betz Thoroughbreds as Hip 428 during the first session of Book 2. A chestnut colt out of the winning Congrats mare Stop The Wedding, he is the half-brother to three-time winner Two To One.

Stop The Wedding is out of the stakes placed Wedding Jitters and a half-sister to Grade II placed Saint Bernadette, the dam of Grade I Preakness third Social Inclusion and stakes placed Road to Damascus, and stakes producing Cry At My Wedding.

Three-time Grade I winner Classic Empire’s first weanlings have been popular with buyers this year with three bringing six figures during the first two sessions of the Keeneland November Sale. 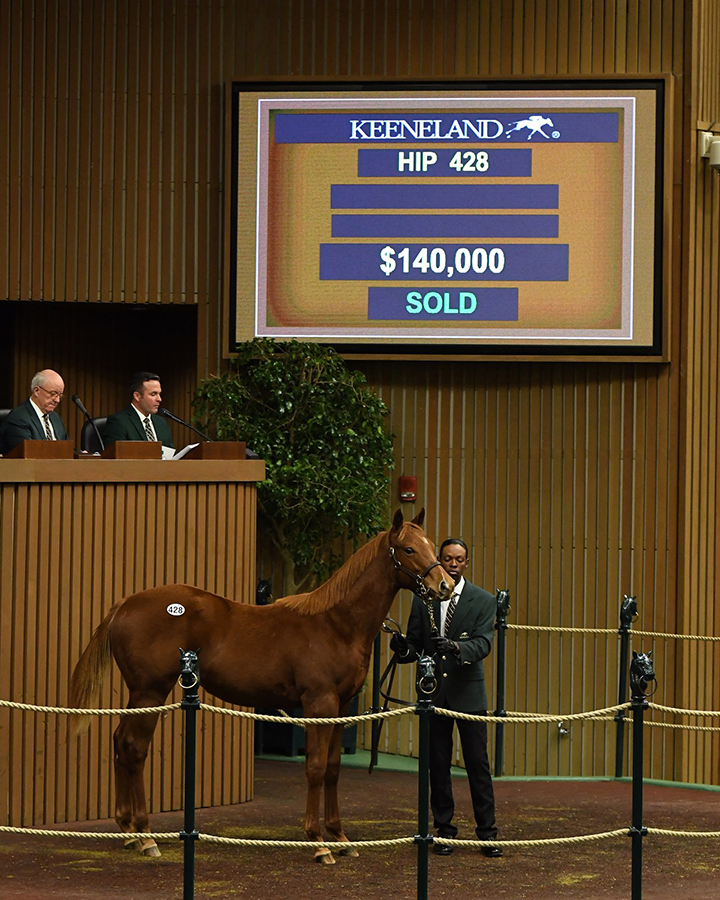