The first foal to sell at public auction by Triple Crown hero Justify proved to be a big hit on Tuesday at the 2020 JRHA Select Foal Sale in Japan when the filly sold for $477,000 (80million yen) to Takeshita Koichi.

Bred by Shimokobe Farm, the flashy chesnut filly is the first foal out of two-time winning Tapit mare Not Now Carolyn. That mare is out of U.S. Champion Female Sprinter Maryfield, whose five winners from eight to race include the Group II-placed Radio Silence.

The image of her sire, Not Now Carolyn’s filly is bred on the same Scat Daddy/Tapit cross as Group III winner Sergei Prokofiev and Listed winners Tap Daddy and Sun Cab from six runners. 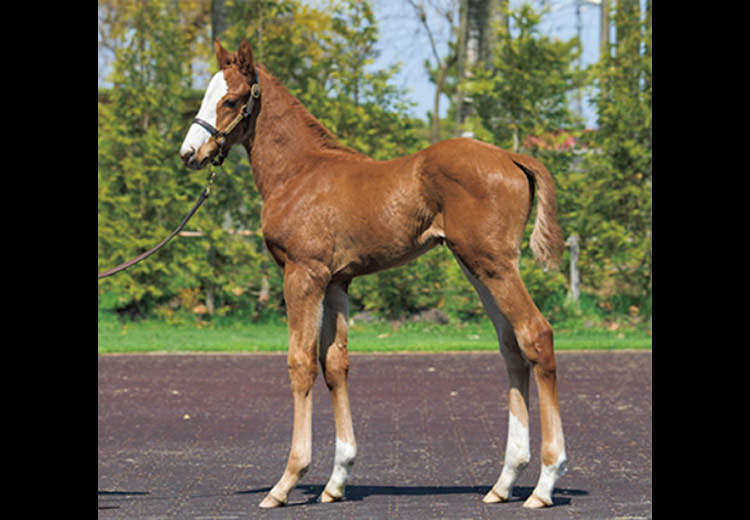