Multiple Grade I winner A Raving Beauty is the latest superstar mare to produce a stunning foal by Triple Crown winner Justify, giving birth to a filly in Japan on January 8th.

Sold for $2 million at the 2018 Fasig-Tipton November Sale, A Raving Beauty ran successfully in Europe before relocating to the United States for her 5-year-old season. She proved to be one of the top turf mares in the country, winning two Grade Is and a Grade III in addition to placing third in two Group Is.

She concluded her career with a third in the Grade I Maker’s Mark Breeders’ Cup Filly & Mare Turf at Churchill Downs days before going through the ring. The mare ended the year named an Eclipse Awards finalist for the Female Turf Horse division.

Bred by Oiwake Farm, the Justify filly is the first for A Raving Beauty.

“We are so happy with A Raving Beauty’s first foal by Justify,” said Oiwake Farm’s Taro Iseki. “She has great bone, good size and correct conformation. She embodies what we expect of Justify.”

An in-demand stallion in his first season, 59 of the in-foal mares in Horse of the Year Justify’s first book were Grade/Group I winners or producers. 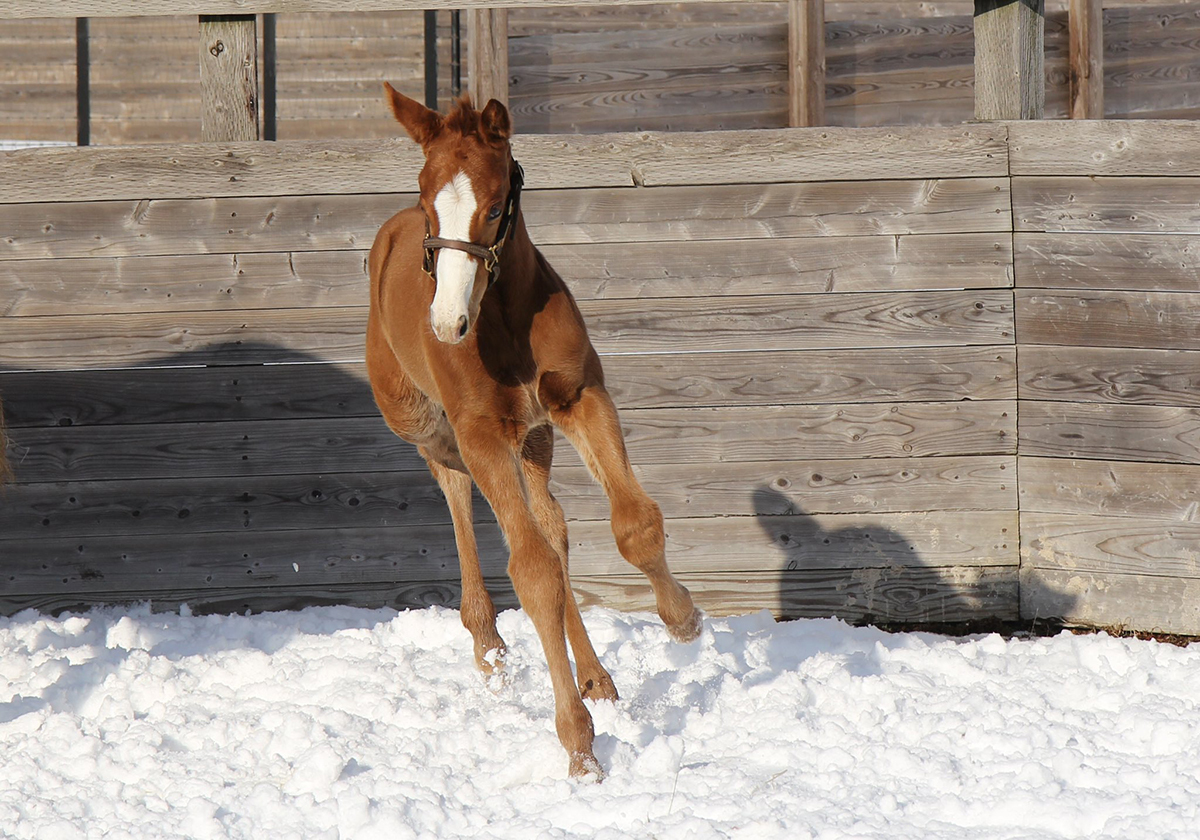