The second session of the Keeneland September Yearling Sale ended with a bang for Justify on Tuesday when his colt out of Milam sold for $1.1 million near the end of the sale.

Purchased by MV Magnier from Denali, the colt was bred by WinStar Farm out of the stakes winning Milam. That mare is a half-sister to champion Rushing Fall and stakes-placed Autumn Song in addition to the dam of stakes winner Empire Line.

“At the rate Justify is going at the moment, a lot of people are saying that he is incredible. The market here is incredible. WinStar is a very good breeder. When you breed a horse like this, you deserve to get paid for him,” Magnier said.

Justify was also the sire of a $1.05 million filly out of Fully Living purchased by Richard Knight Bloodstock. 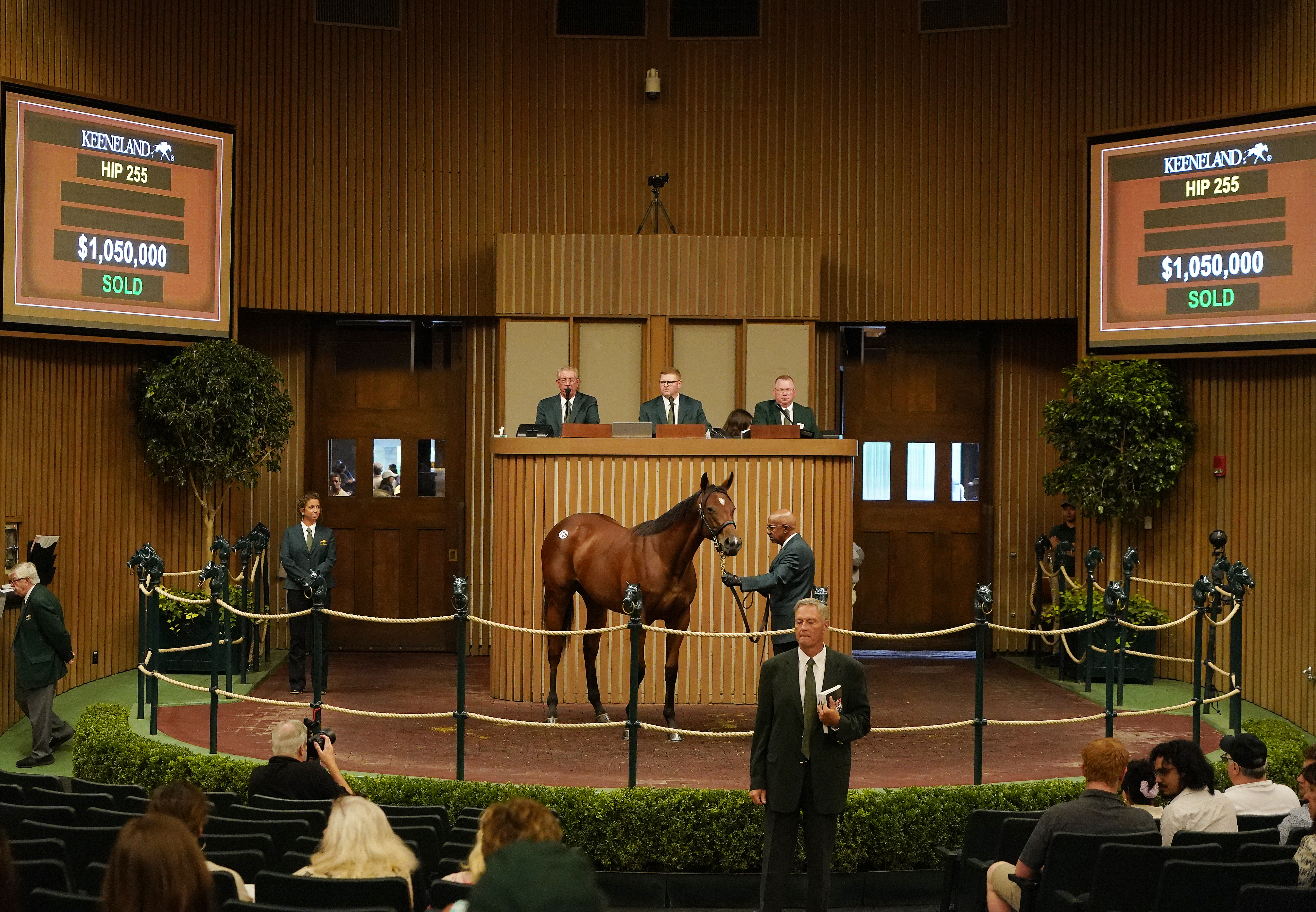 “We all know how Justify has started as a stallion,” said Knight. “She is a queen of a filly. We are delighted to get her. She will stay over here (in America) and will be trained by Graham Motion. The market is strong. If you want to buy the nice ones, you have to step up and pay for them.”

A Justify half-brother to Grade I winners Creative Cause and Vexatious was purchased for $500,000 on Tuesday by Chad Schumer as agent.

Consigned by Taylor Made Sales, the colt is out of Grade I winner Dream of Summer, who also produced multiple Grade II winner and Grade I-placed Destin and the dams of graded stakes-placed Der Lu and Ten for Ten. In all, Dream of Summer has produced eight winners from 11 to race.

The mare also has a 2-year-old filly by Uncle Mo named Summer Promise who sold at the same sale for $500,000 last year and is already Grade III-placed in only two starts.

A Justify colt out of Fastnet Rock’s Group I winner Irish Lights sold for $500,000 to BC Stables from Eaton Sales half way through the session. Irish Lights is a proven producer as the dam of Group II winner and Group I placed Omei Sword and stakes winner Lipizzaner. This family also includes champion Asian Express on the page.

Justify’s seven sold on Tuesday averaged $625,000 with a median of $500,000. His average was the third highest of any stallion with five or more sold on Tuesday.