One of the most in-demand first crop sires this sales season, buyers will have a chance to purchase a yearling by the three-time Grade I winner Practical Joke when he has 11 go through the ring during the four day Fasig-Tipton Kentucky October Yearlings Sale, starting tomorrow.

The first through the ring for the sire comes midway through the first session when Endeavour Farm sends out Hip 127 on behalf of Cypress Bend Farm. The colt out of Hysterical saw an update over the summer when his three-quarter brother broke his maiden with that colt hitting the board in three of his four starts as the first runner out of their dam. Hysterical herself is a daughter of dual Grade I winner Tout Charmant, who is also the dam of three stakes winners and granddam of five stakes horses.

Next up is the Little’s Bloodstock consigned Hip 243, a filly out of multiple stakes winner Latitude Forty. That mare has had five winners from five to race with two of her foals seeing earnings updates since the catalogue was released. In all, each of the four dams on the Carolyn R. Vogel-bred filly’s page are either stakes performers or the dam od stakes performers.

Hunter Valley Farm sends a daughter of Mississippi Queen through the ring as Hip 367 during the first session. Bred by Paget Bloodstock, the May born yearling is out of a half-sister to Grade I winner Asi Siempre, also the dam of Grade I Breeders’ Cup Juvenile Turf winner Outstrip with another half-sibling of the filly’s dam producing stakes winner Dubase. The family has proven to be successful around the world with stakes winners in the United States, England, Ireland, France, and Turkey under her first three dams. 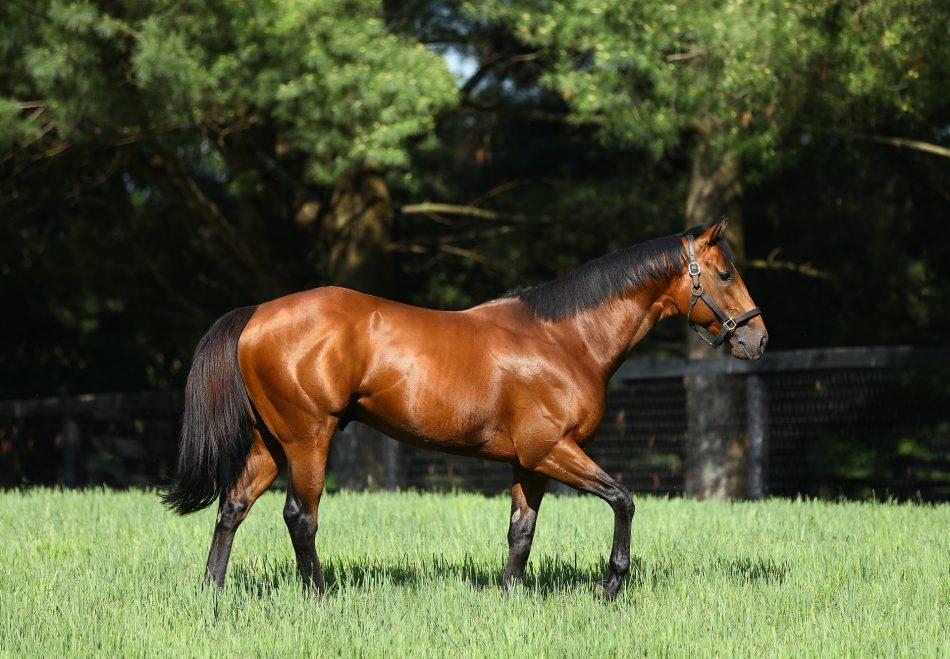 Consigned by Sally Thomas, the Murray Stroud & Endeavour Farm Hip 534 is a half-brother to Canadian champion Youcan’tcatchme along with stakes placed Gran Cherry and Winning Desire. The dam of 10 winners from 11 to race, his dam is also a half-sister to Grade III winner Rhythm Band and two other stakes horses. Those include Storm Dixie, the dam of four-time Grade I winner Princess Of Sylmar and stakes placed Biblical.

A half-sister to champion Pure Lemon and stakes winner Crafty Unicorn, Hip 986 is consigned by Taylor Made Sales. The filly bred by The New Hill Farm was a $150,000 Fasig-Tipton New York Saratoga Fall Mixed sale graduate last year and has stakes winners under each of her first four dams – including the Grade I winner Kinsale King.

Paramount Sales-offered Hip 1183 is out of a half-sister to dual Grade I winner and sire Pioneerof the Nile and Grade II-placed Forefathers with another half-sibling producing stakes placed My Lady Lauren. Bred by Springhouse Farm and Circular Road Breeders, the filly’s granddam is stakes winner Star of Goshen, herself a half-sister to Grade II winner Powis Castle.

The final Practical Joke offering of the sale hails from a half-sister to Grade I winner and successful sire Yes It’s True. Selling as Hip 1336 from Warrendale Sales, the filly is the third foal out of a winning half-sister to both that sire and stakes winner Honest Deceiver from a family that includes successful broodmare Kissin Rene and Grade I winner Girvin. Stakes winners and performers fill the page of the Fort Oaks-bred colt including his own 29-time winning great-granddam Monique Rene.

Other Practical Joke yearlings to keep an eye on include Taylor Made Sales’ Hip 537, a grandson of Group III-placed Catstar; Hip 1153 out of a half-sister to Grade II winner Rob Roy from Hunter Valley Farm; and Hip 1193 out of stakes winner Bella Paella from Machmer Hall Sales.