It was a big Saturday for Practical Joke when he registered three new winners to take his worldwide winner count to 25.

The day started three races into the Aqueduct card when Mischievous Diane (2f Practical Joke x Lioness Lahr, by Lion Heart) was looking to put two second place finishes behind her. Racing over six furlongs on the dirt, she did just that when taking command immediately out of the gate.

Leading all the way, she kicked away to win by three lengths with the third place horse finishing 10 ½ lengths behind. It was the third start for the Ray Handal trainee, who is owned by Perrine Time Thoroughbreds.

Just two races later at the track, it was Leeloo’s (2f Practical Joke x Ribbon Cutter, by Elusive Quality) turn when the Kingsport Farm-owned filly stepped out for her second start.

Another running over six furlongs, Leeloo was close behind the leader in the early running before taking command in the turn. Mischievous Diane’s three length victory was only a warm up act for Leeloo’s race with the Sequel Stallions and Stonestreet Thoroughbred Holdings-bred filly romping home by 7 ¾ lengths under a hold. 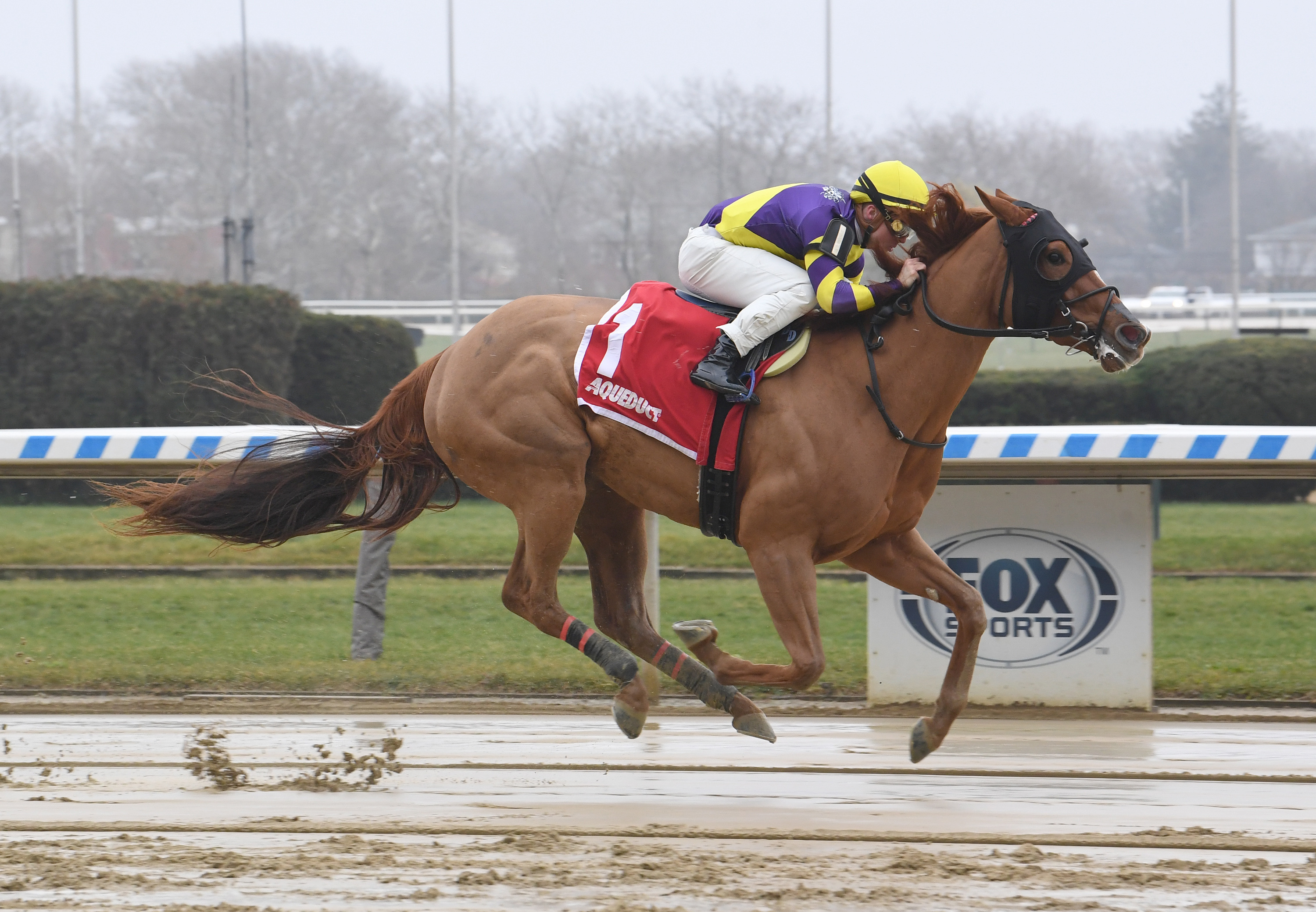 Saturday night, only an hour up the road from Practical Joke’s stall, Powerful Force (2c Practical Joke x Lemon Gala, by Lemon Drop Kid) was the third winner of the day for his sire at Turfway Park.

The Paulo Lobo trainee took to the all weather surface well in his own six furlong attempt when racing just two lengths off the leader. He didn’t grab the lead as early as his sire’s other two winners but got up in time to win by three quarters of a length.

Mischievous Diane is out of a winning half-sister to two stakes winners and one other stakes performer and producer. The Wynnstay and Mark Toothaker-bred also hails from the family of Grade I winner Share The Fantasy.

Impressive 7 ¾ length winner Leeloo is out of a winning half-sister to stakes-placed High Fashion Diva. The filly’s third dam is Grade II winner Runway Model, who is also the dam of four-time Grade I winner McKinzie.

Practical Joke also nearly had a fourth winner on the day when his $800,000 2-year-old purchase Comedic finished third at Los Alamitos.

It was a perfect start for Lexington Humor (3f Practical Joke x Lexington Pearl, by Elusive Quality) on…
Continue reading
07/05/2022