Only 15 hips after Larry Best’s OXO Equine LLC purchased a $240,000 Practical Joke colt at the Fasig-Tipton November Sale, he struck for a $700,000 Uncle Mo weanling filly.

Consigned by Lane’s End Farm, the Narola LLC-bred was the most expensive weanling to sell during the regular weanling portion when going through the ring at Hip 70. The filly is out of Harlan’s Holiday Grade II winner Summer Applause, who has one winner from two to race and is herself a half-sister to stakes placed Big Easy.

"She's by far the best weanling to ever come off the farm since we had the farm," Narola’s Peter Berglar told Blood-Horse. "She just was a queen all the way through since she was born — straightforward. We're delighted that Mr. Best got her. It's always tough to go into a sale and expect anything. We thought she was special, but you never know if other people feel the same. We're delighted with the price, for sure."

The Harlan’s Holiday cross with Uncle Mo has produced two winners from two to race in the United States and Europe.

Uncle Mo is the sire of 52 stakes winners and 27 graded stakes winners with his first five crops including Grade I Kentucky Derby winner Nyquist and this year’s two-time juvenile Grade I winner Bast. 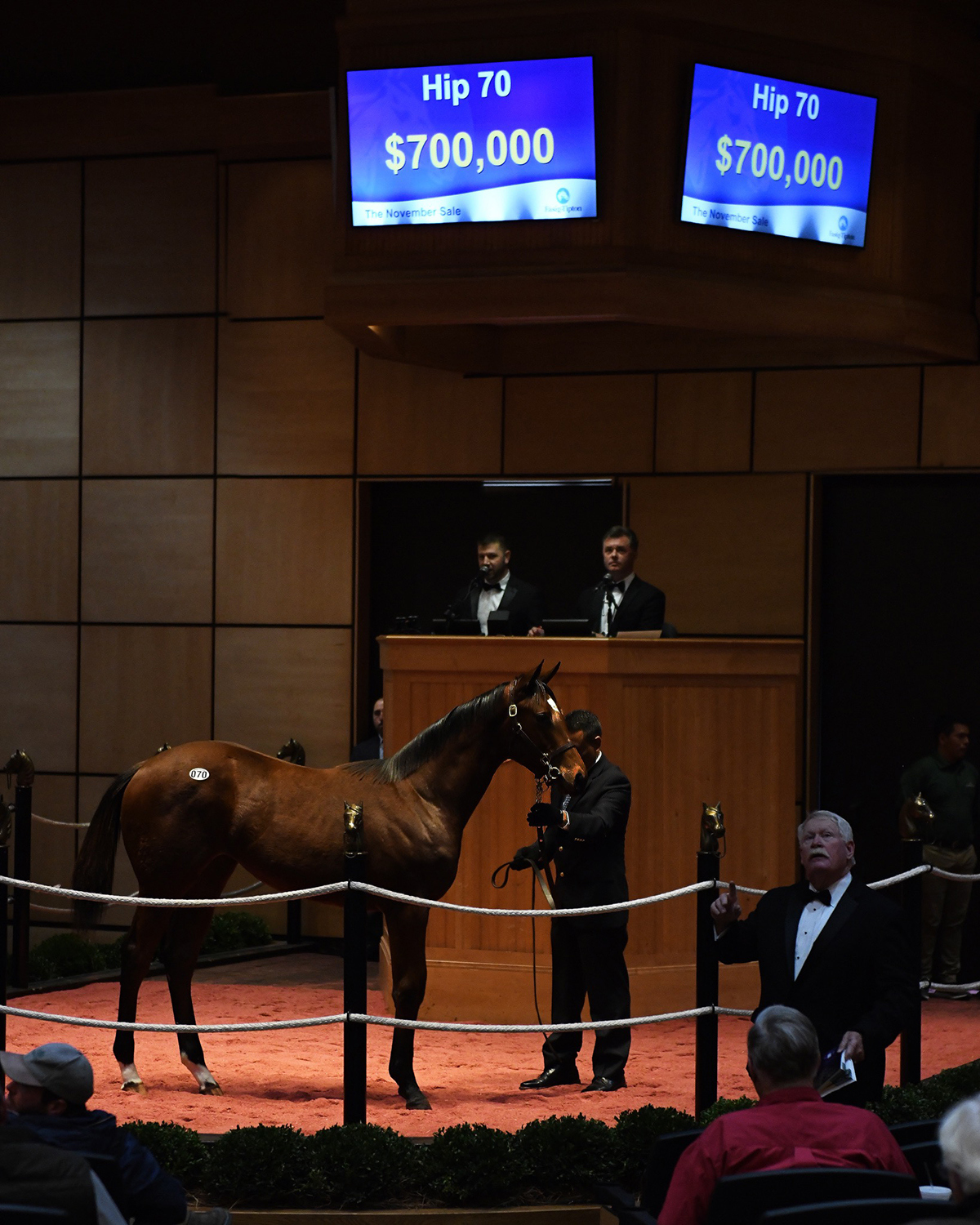 It was a second U.S. classic winner for Uncle Mo on Saturday when Mo Donegal (3c Uncle Mo…
Continue reading