American Pharoah was among the sire stars during the foal session of the JRHA Select Sale on Tuesday when his colt out of Switch In Time sold for US$1,351,352 to Danox Co.

Offered by Shunsuke Yoshida, the colt is out of winning Galileo mare Switch In Time, a daughter of dual Grade I winner Switch. Switch is also a half-sister to stakes winner and producer Keystone Gulch and stakes producer Tessie Flip. 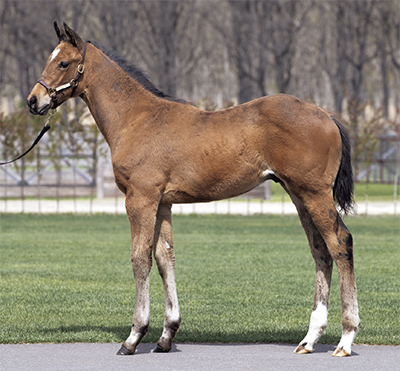 The second out of Switch In Time, the February-born foal is bred on the successful American Pharoah x Galileo cross that has four stakes performers from seven runners, led by Group II winner and Group I-placed Pista and Group I-placed Monarch of Egypt.

American Pharoah has had tremendous success with his Japanese runners. Fourteen of his 18 runners in the country have won at least one race, led by Group I February Stakes winner Café Pharoah and local Group I winner Danon Pharaoh.