$185,000 Fillies for Mendelssohn at Fasig-Tipton July

It was a tie for “most expensive Mendelssohn” at Fasig-Tipton on Tuesday when two of his yearling fillies sold for $185,000, the sixth most expensive price for a freshman sire.

His first to hit the mark came early in the sale when Rebecca Galbraith purchased a filly out of Doritza for $185,000. Offered by Machmer Hall Sales for Stoneriggs Farm, the filly is a granddaughter of Grade III winner and Grade I-placed Pinch Pie, who saw one of her runners add to their earnings after the catalog was printed.

The first foal out of Doritza, the March-born’s immediate family also includes Grade I Breeder’s Cup Classic winner Volponi among nine stakes horses on the page.

Ben Gowans pushed Hip 42 to the $185,000 mark a few hours later when his bid came out the winning one for the Paramount Sales offering. She is out of the winning Lemon Drop Kid mare Laquesta, whose half-brother Glacial was third in the Grade III Bashford Manor 2 ½ weeks ago. 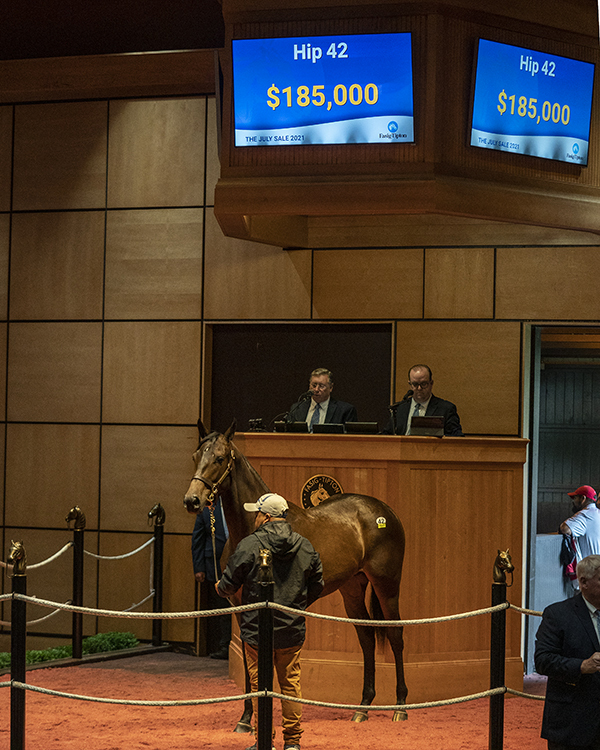 Midsummer Soiree Another Winner for Mendelssohn

It was another Japanese winner for Mendelssohn on Sunday when Bold Zone (3c Mendelssohn x Halo Dolly, by…
Continue reading