In another red-hot Keeneland September Yearling Sale session, Mo Town’s name was on top Monday with a $450,000 colt.

Offered by Gainesway, Tom Amoss placed the winning bid on the March-born yearling from the successful Yarn family on behalf of Ensemble Stables.

Out of Myth, Show Me the Roses is a three-quarter sister to champion Johannesburg and Group II-placed Grand Admiral. Just one generation off the page is Myth’s half-brother and Ashford sire Tale of the Cat and others. 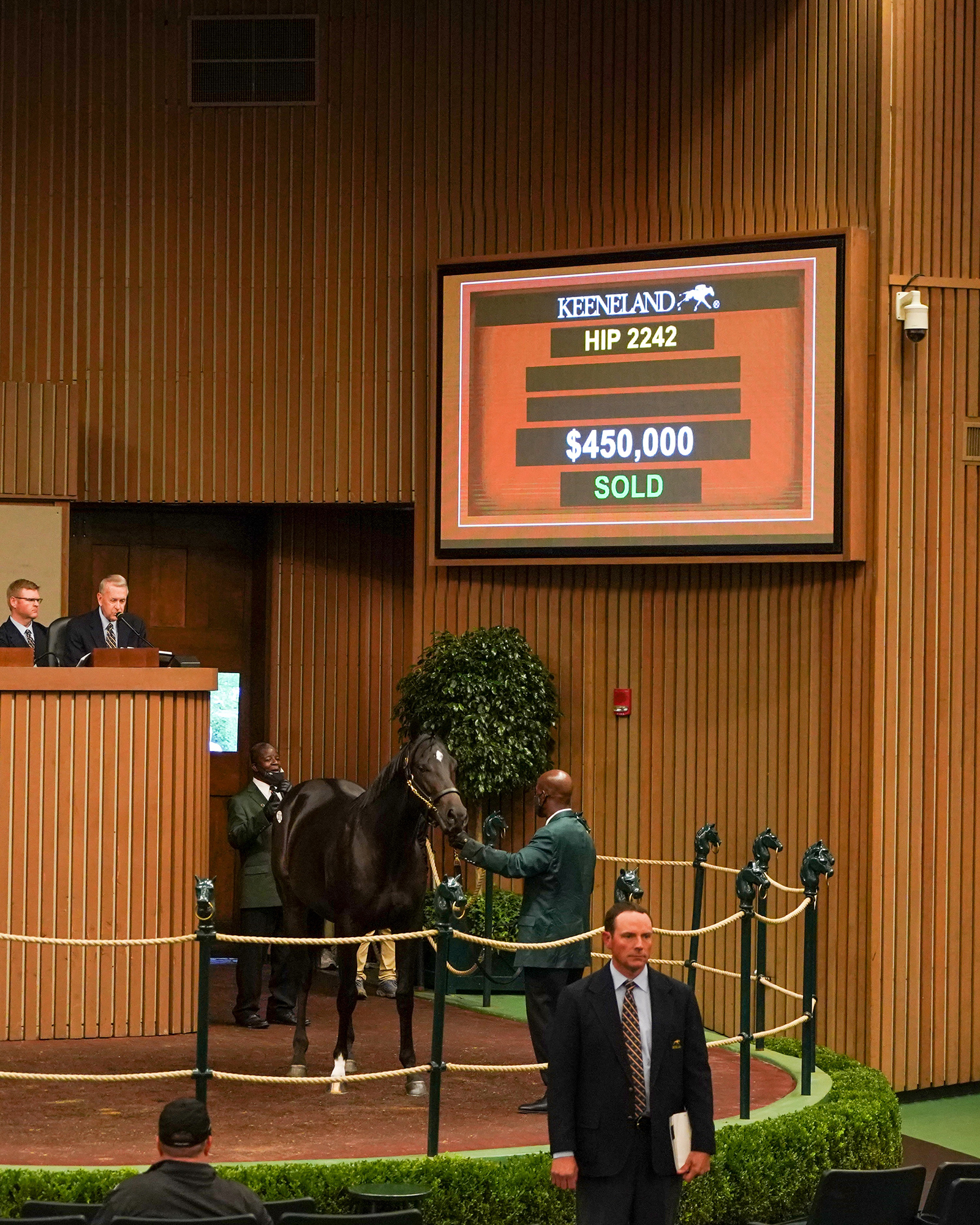 “I have tremendous respect for the Uncle Mo line,” Amoss told Thoroughbred Daily News. “I bought Mo Tom from his first crop. When I saw this horse today, I really liked what I saw. This is a really special athlete, in my opinion. I am fully aware that this was an awful lot–and maybe the highest Mo Town that will sell this year–but I am confident he is an athlete.”

Earlier on Monday, Mo Town also saw a colt sell for $200,000 to Off The Hook as agent for P & G Stable. A Wood’s Edge Farm offering, the colt is a grandson of stakes winner and Grade III-placed Decapate. Decapate is also the dam of stakes-placed Christine Daae and granddam of Grade III winner Thatlookonyerface and stakes winner Ready To Repeat.

The Forty Oaks-bred colt’s third dam is the matriarch of a strong stakes family with 16 stakes horses named under her name on the page.

Offered by Summerfield, his dam Making Mark Money is the dam of two winners from three to race. Bred by Rhineshire Farm, the March-born colt’s third dam is the great La Affirmed.

All six of Mo Town’s Monday offerings were sold for an average of $145,667. The stallion has yet to have a yearling not sell at the Keeneland September Sale with the 14 through the ring averaging $136,857 with a median of $92,500.