After a successful Fasig-Tipton Selected Yearlings Showcase that saw his yearlings average $147,938, Classic Empire looks to keep the momentum alive at the Keeneland September Yearling Sale with 58 yearlings currently slated to sell.

His first offering of the sale comes in Book 1 as Hip 8 from Eaton Sales. The regally-bred Team Valor-bred colt was a $285,000 Keeneland November purchase and is a half-brother to Australian Group II-placed Victory Kingdom. They are out of Victory Party, a half-sister to four-time champion Beholder, Grade I Breeders’ Cup Juvenile Turf winner Mendelssohn, and Grade I winning champion sire Into Mischief.

Classic Empire has a big Book 2 at the sale with 13 yearlings going through the ring during those two sessions.

Hip 581 from Gainesway’s consignment is bred similarly to American Pharoah’s Grade II-placed Merneith. The filly is out of Mernith’s dam Flattermewithroses and is a great-granddaughter of multiple group winner Fluttery Danseur, the dam of three stakes horses. Bred by China Horse Club, this filly will be going through the ring for the second time after bringing $185,000 at Keeneland November last year. 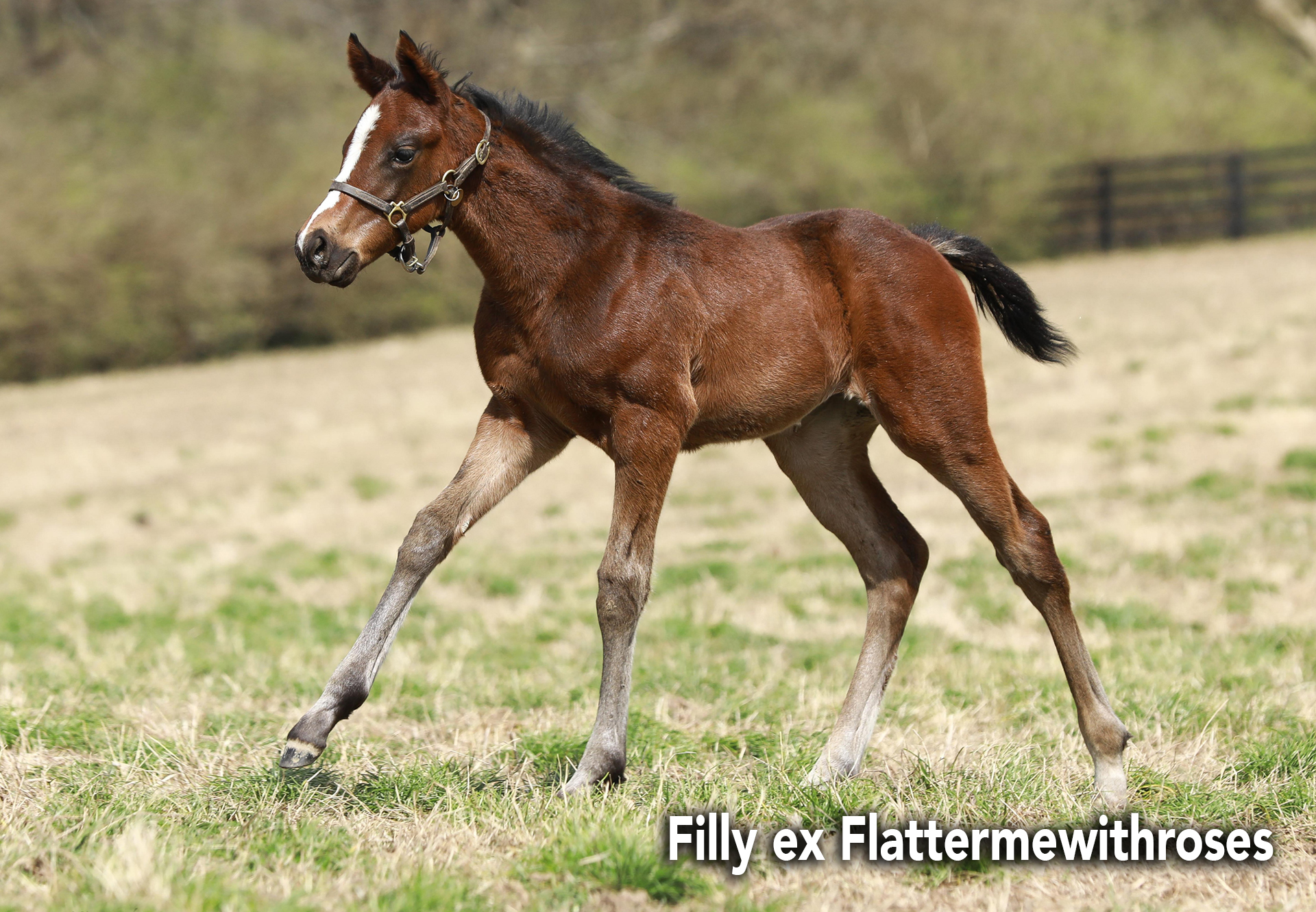 St George Sales sends out Hip 948 in Book 2, a colt from the family of successful sires Tale of the Cat and Johannesburg. Bred by EKQ Stables in New York Corp, the colt is the second foal out of a half-sister to the dam of multiple graded stakes winner Stanford and stakes winner Hedge Fund.

Hip 962 brings a strong page to the ring as a three-quarter brother to stakes winning Conquest Top Gun out of stakes placed Early Vintage. The Dixiana-bred colt is a half-brother to five winners from seven to race with 14 stakes horses under his second dam. He is bred on a similar Pioneerof the Nile x Storm Cat cross to both Triple Crown winner American Pharoah and his own sire Classic Empire among 10 other stakes horses.

Hip 1009 combines the pedigrees of two young Coolmore America sires with the filly out of a half-sister to triple Grade I winner Practical Joke, who also has first yearlings this year. Consigned by Paramount Sales, the Springhill Farm-bred saw an update after the catalogue was released when her dam’s first foal to race, Lanesborough, broke her maiden. The mare also has an unnamed Into Mischief 2-year-old three-quarter sister to Practical Joke coming as well.

Taylor Made’s Hip 1067 is from a mare who has already proven to be a stakes producer as the dam of Grade III-placed Moonster. The filly’s dam has produced three winners from three to race and herself is a half-sister to Grade I winner Seattle Smooth and another stakes placed runner with a third half-sister the dam of two stakes horses.

Gainesway consigns a Classic Empire filly in Book 4 as Hip 2137, who is a half-sister to stakes placed Downwind. Their dam Dorothy’s Spirit is a half-sister to Im A Dixie Girl, the dam of dual Grade I winner Mor Spirit from the family of champion Stellar Wind.

Book 4 also includes a half-brother to the dam of dual Grade 1 winner Gormley as Hip 2695 from Paramount Sales. Out of stakes winner and classic placed Miss Mabo, he is also from the family of U.S. Horse of the Year Criminal Type.

In his final book of offerings, Classic Empire has a first foal out of a half-sister to two stakes winners, including the dam of Grade I winner Paola Queen as Hip 3091 from Crestwood Farm in Book 5.

That colt is followed less than 100 hips later by a Taylor Made-consigned half-brother to Grade I winner Emilia’s Moon and Grade III-placed Mighty Scarlet from three to race out of their dam. Selling as Hip 3184, his dam is Grade III winner and Grade I-placed Thundering Emilia, whose dam is also Grade I placed.

Classic Empire’s final offering through the ring is Hip 3413 from Four Star Sales. The first foal out of Lookin At Lucky’s four time winner Lookin For Money, the filly’s granddam is a half-sister to multiple graded stakes winner and successful sire Broken Vow.

Keeneland’s September Yearling Sale starts at noon on Sunday and Monday before switching to 10 a.m. on Wednesday after Tuesday’s dark day.