The last Kentucky yearling sale of the season, the Fasig-Tipton Kentucky October Yearlings Sale sees 21 yearlings by Champion 2-Year-Old Classic Empire currently scheduled to go through the ring this week.

The first through the ring at Fasig-Tipton comes as Hip 73, a filly offered by Eaton Sales for breeders Dr. Hiram C. Polk and Dr. Susan Galandiuk. The April born filly is out of a Harlan’s Holiday half-sister to Grade I winner Regally Ready and Grade III winner Sir Truebadour. That mare, Happy Motoring, has seen her 2-year-old filly named Ursulina record three bullets in a row at Highpoint Farm and Training Center as she prepares for her first start.

Later in the session is Hip 102, a colt out of another Harlan’s Holiday mare in stakes placed Holiday Wishes is a half-brother to the winning 2-year-old Herald Angel from his dam’s first runner. Bred by Hidden Lake Farm and 3C Stable, the Mulholland Spring-offered colt’s granddam is a full sister to Grade II winner and successful sire Proud Citizen.

The quality keeps coming with Classic Empire’s third offering being a half-sister to the Grade I winning 2-year-old Lady Ivanka among five winners from six to race out of Officer mare Lady Leftennant. Bred by Scott Pierce and offered by Wynnstay Sales, the filly’s granddam is also stakes winner Jetinwith Kennedy, who is the dam of four stakes winners and five stakes horses overall herself.

Selling on Tuesday, Hip 392 received a big update a few weeks ago when the Denali Stud-offered colt saw his dam’s half-sister become the granddam of Grade II Eddie D Stakes winner Big Runnuer. Named Miggs and bred by Wind Hill Farm, the colt’s dam is a sibling to three stakes horses in addition to the dam of Grade I winner Stormy Lucy from the family of the aforementioned Big Runnuer.

Returning to the ring after selling as a short yearling is a Sequel Stallions New York and NYP Bloodstock-bred colt offered by Nicky Drion Thoroughbreds as Hip 681. Seeing plenty of updates in the last few months, the colt out of Group II winner Sayedah is a half-brother to stakes winning A Little Bit of Me, Grade II-placed son Battle of Marathon and Grade III-placed Cuestion de Tiempo. The colt’s half-sister Silver Cristal also recently won in France with three of the colt’s siblings having updates since the catalogue was released. 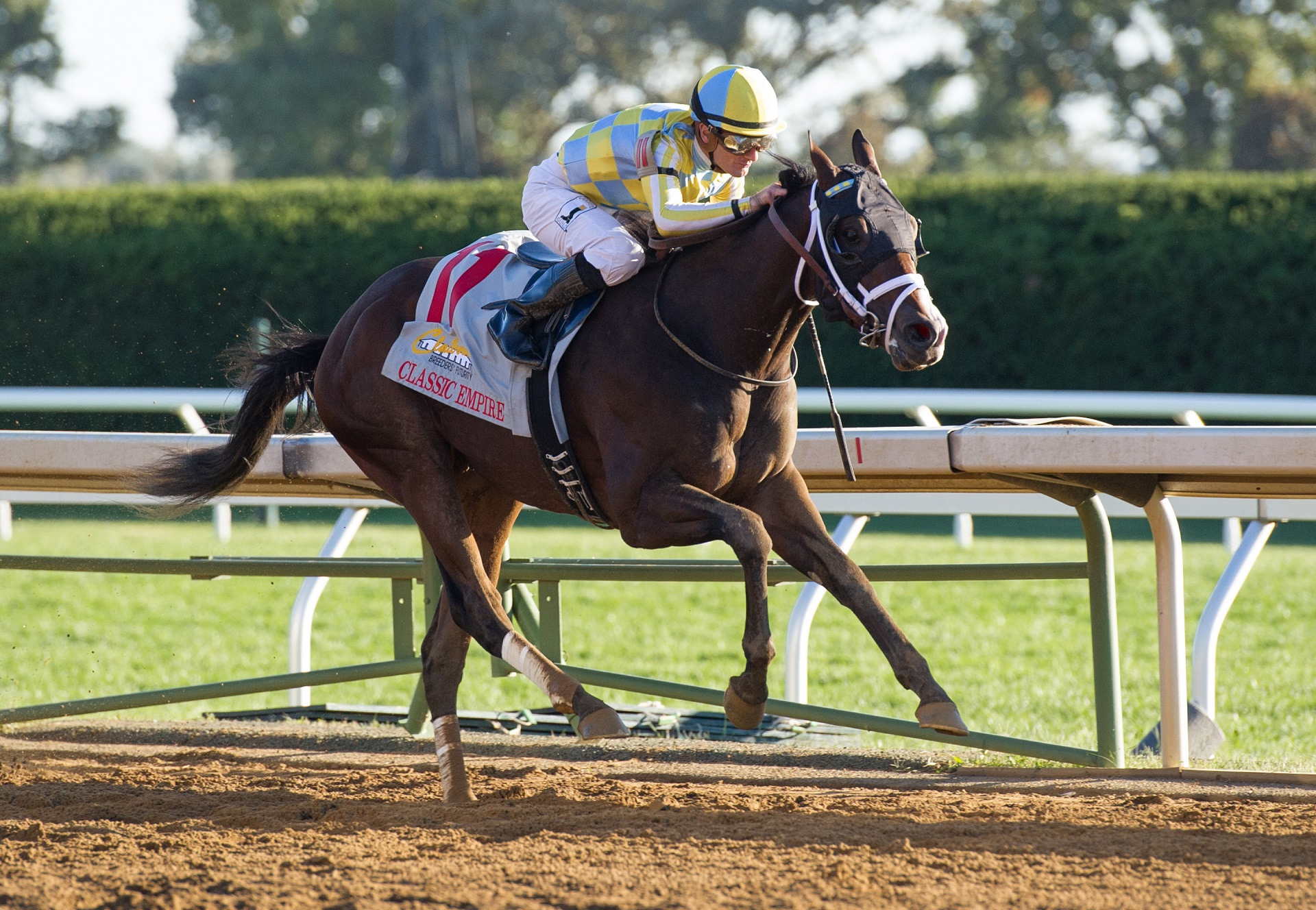 From the family of dual-Group I winner Nebraska Tornado comes the John C. Oxley-bred Hip 756. Offered by Darby Dan farm, the filly is the first foal out of stakes placed Bernardini mare Sky My Sky, who is out of a full-sister to Nebraska Tornado. Bred on the same Pioneerof The Nile x Bernardini cross as Grade III winner Dark Nile and stakes winner Princessof the Nyle, the colt’s page also includes Grade II winner Burning Sun and Grade III winner Mirabilis in addition to her Grade III winning son Monarchs Glen.

The first foal out of a winning Smart Strike mare, Hip 934 from Paramount Sales has stakes form throughout her page. Bred by Gary and Mary West, the filly’s dam Tocco is a half-sister to dual Grade I winner Coil and Grade I winner Chiropractor among four stakes performing siblings. Those horses were continuing a family tradition that makes her winning granddam a half-sister to U.S. champion Possibly Perfect and Group III winner Makhlab.

One of Classic Empire’s final offerings, Hip 1385 selling on Thursday from Darby Dan Farm, is the third foal out of John Oxley’s Grade II winner Dancinginherdreams. The colt’s dam is also a half-sister to stakes winner Doubled, and Grade III-placed Good Pick Nick in addition to the dams of Grade II winner Texas Wedge and stakes placed Bankruptonthebeach with stakes winner and Group I placed Due Diligence also on his page.

Hip 1460 closes out Classic Empire’s offerings on a well-bred note with the Denali Stud-consigned colt out of a half-sister to Canadian champion Embur’s Song. The Ontario-bred colt from Josham Farms Limited is a half-brother to two winners from three to race out of Embur’s Melody. Among that mare’s other siblings are Listed winner Ten Flat and stakes-placed Embattle and Dawn Raid, that mare also the dam of Grade I Preakness and Haskell Invitational winner Exaggerator.

Among the others on offer by Classic Empire are Hip 311 offered by War Horse Place, the first foal out of Grade III-placed Maid On a Mission; Cara Bloodstock consigned Hip 737 out of Grade III winner Silsita; Hip 894 from Four Star Sales out of a stakes winning half-sister to multiple Grade II winner United; Castle Park Farm’s Hip 956, a half-brother to Australia’s stakes winner La Australiana; the Stonestreet-bred and Summerfield offered Hip 1281, a half-brother to stakes winner Kelly’s Humor; and Hip 1398 out of a half-sister to the dam of Grade II winner Stanford.