“The Coolmore Australia roster for 2019 comprises a mixture of the best Australian-raced stallion prospects to retire to stud over the past number of years along with international stars like Justify, American Pharoah, Saxon Warrior, Mendelssohn, Churchill and Caravaggio. In short, we believe it is the best lineup of stallions ever assembled in Australia,” said Coolmore Australia Principal, Tom Magnier.

“Our flagship horse Fastnet Rock continues to excel both on the racecourse and in the sales ring as we saw again last week at the Inglis Easter Yearling Sale and with Anaheed at Randwick on Saturday.”

“Pierro has firmly established himself as the best young sire in the country while So You Think has already produced five Group 1 winners,” Magnier added.

Encosta de Lago’s heir apparent Rubick has produced a string of promising winners this season headed by Group II winner Yes Yes Yes and set a new benchmark in the sale ring at Inglis Easter with a colt from November Flight selling for $900,000.

“Rubick's fee goes up after a incredibly strong first season from his progeny on the track, with eight winners including a Todman Stakes winner. He is one of the hottest young sires in the country, and as a result his yearlings sold for up to $900,000 this year,” Magnier said.

The new season will see the first runners for the next generation of Coolmore young guns in Golden Slipper winner Vancouver and Blue Diamond winner Pride of Dubai.

“The stock by Vancouver and Pride of Dubai have been extremely well received so we are very excited about the future,” Magnier concluded.

Fees are as below. 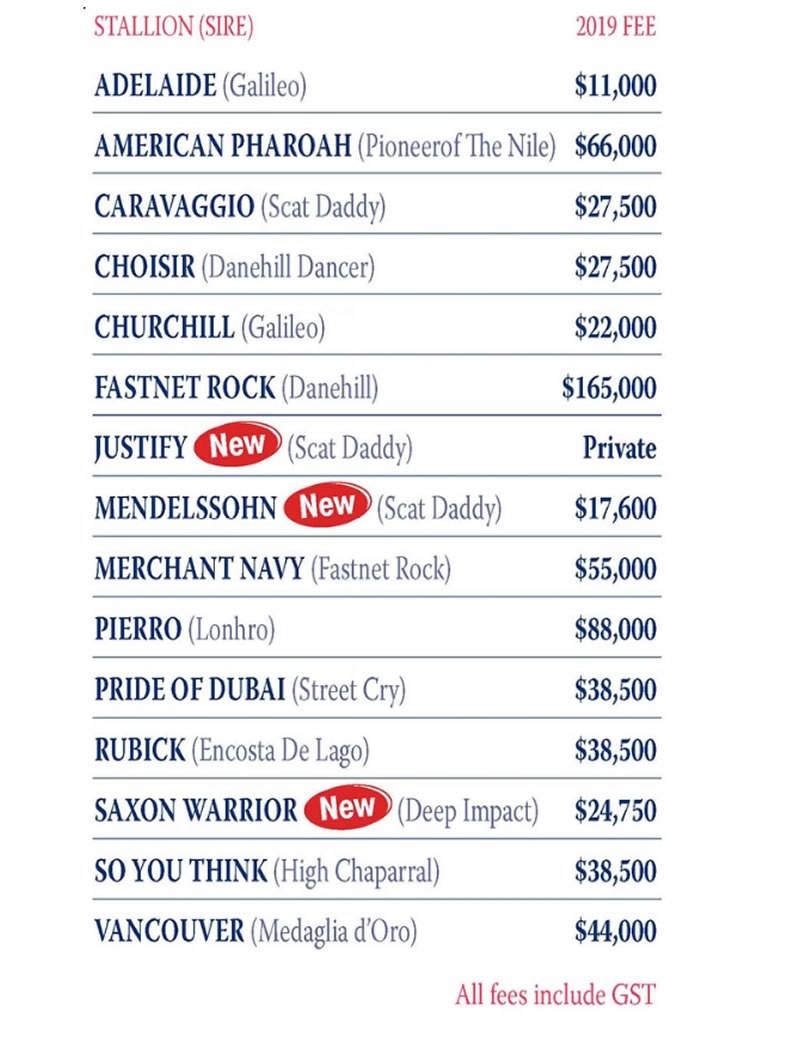 $2.5 million Inglis Easter sale-topper Magic will have to wait for another day to break his maiden after…
Continue reading
13/08/2022