“We are very excited to welcome Wootton Bassett, a Group One-winning champion two-year-old on the track and one of the most exciting sires in Europe, to our roster.” said Coolmore Australia’s Sales & Nominations Manager, Colm Santry. “He will join Redoute’s Choice’s dual Gr.1-winning son King’s Legacy, in a line-up headed by multiple champion sire Fastnet Rock, who is coming off one of the most successful seasons of his illustrious career.” Santry added.

Wootton Bassett - with a first crop of only 23 foals conceived at a fee of just €6,000 - exploded on the sire scene courtesy of son Almanzor, triple Group One-winning Champion of his generation, whose first Australasian yearlings this year proved a great hit with buyers.

Wootton Bassett has also sired the likes of dual Group One-winning filly Audarya, conceived at a fee of only €4,000, and Group One Prix de l'Abbaye (1000m.) winning colt Wooded, from a €6,000 fee, while his 2YO crop of last year included Group Two winner and 2,000 Guineas candidate Chindit.

In such esteem is Wootton Bassett held that in Europe he currently commands a fee of €100,000 (Aus$155,000), highlighting the great value he affords Australian breeders at his introductory fee of only $71,500. 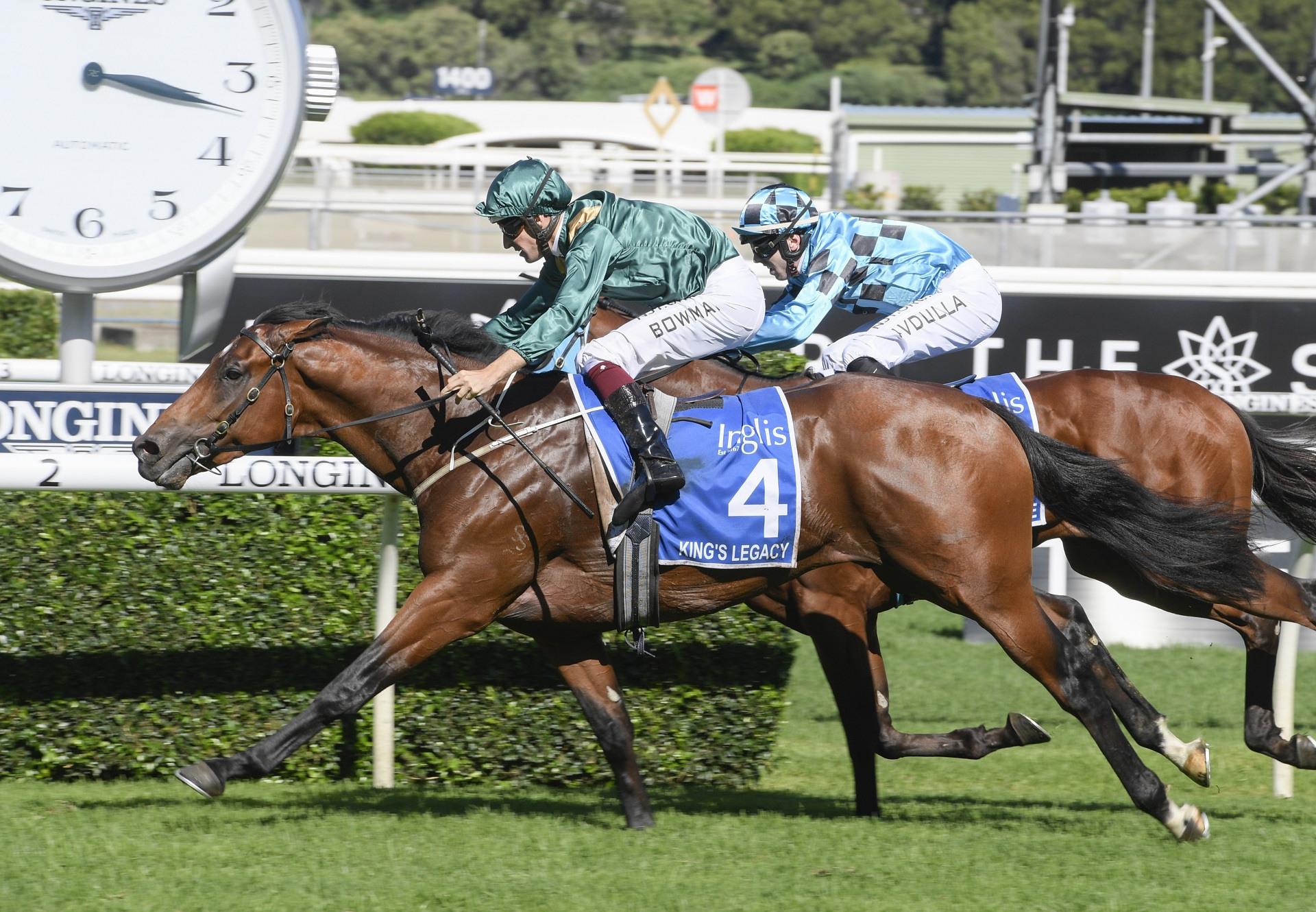 King’s Legacy needs little introduction, winner as he was last year of both the Group One Sires’ Produce and Group One Champagne Stakes. The most accomplished juvenile of his generation, with the impeccable good looks to cost $1,400,000 as a yearling, he is also the only son of Redoute’s Choice ever to win multiple Group One races at two. Closely related to Not A Single Doubt, from the family of successful sire Snippets, King’s Legacy will stand his first season at a fee of $33,000.

These two new boys join a roster laden with proven Group One sires like Fastnet Rock, Pierro, So You Think and American Pharoah, last-named, along with Justify, USA Triple Crown winners at great-value fees.

With a support cast of outstanding sprinters like Yes Yes Yes and Merchant Navy, Group One Guineas winners like Churchill, Magna Grecia and Saxon Warrior joining explosive two-year-old stars like Royal Ascot Coventry Stakes winner Calyx, Blue Diamond winner Pride Of Dubai and Golden Slipper winner Vancouver, the Coolmore Australia roster really does offer a sire to suit every mare at a price for every pocket.