An in-demand sire at the weanling and yearling sales the last two years, Air Force Blue looks to strike again at the OBS March Two-Year-Olds In Training Sale this week.

An exceptional Champion 2-Year-Old himself, Air Force Blue’s six offerings put in good showings at last week’s Under Tack Show and look just as precocious as their talented sire.

The first by the sire through the ring is Hip 27, a half-brother to Grade II winner and Chile’s Champion Freshman Sire Daddy Long Legs and Listed winner Tres Dream. Offered by RiceHorse Stable and out of Dreamy Maiden, the colt breezed in :10 flat and is a sibling to eight winners from 12 to race from his Listed winning dam.

“I have two Air Force Blues … From the get go at the yearling sales they were pretty bodied, eye catching horses, he is a sire that is very easy to like and they were pretty tough to afford,” said Brandon Rice, the consignor of Hip 27. “I am very happy with the way to colt out of Dreamy Maiden is going and strengthening up. He has great size and strength and is terribly impressive in his breezes and makes light work of everything.”

The second of two offerings by Air Force Blue on the first day of the sale is Hip 94 from Hemingway Racing and Training, a granddaughter of Grade III winner Golden Temper.

Out of Good Time Sally, the filly is a half-sister to two winners and comes from the family of Grade I Oaks d’Italia winner Ivyanna. Hip 94 is bred on the same War Front son x Forestry cross as eight winners from nine to race with War Front’s stakes-placed Simon Bar Sinister also bred on the cross. 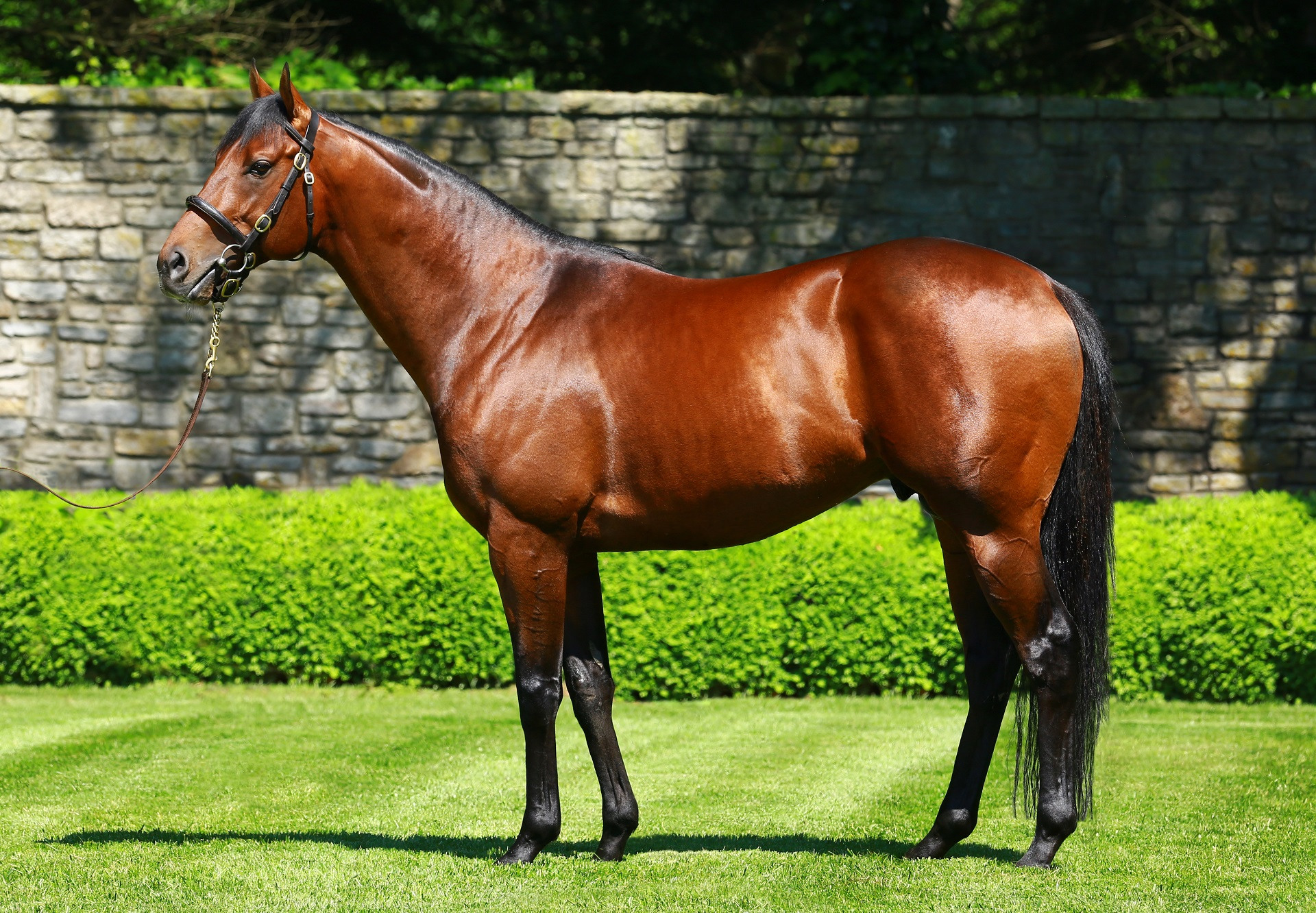 Day two is a busy one for the freshman sire with four offerings going through ring.

The day kicks off with Lot 413, a de Meric Sales-consigned granddaughter of Grade I winner Potrinner out of Sirenage. The first foal out of her dam, her immediate family includes Grade III winner Melhor Ainda and Listed winner Danon Go Go with Argentina Champion Potridgee under her third dam. Breezing in :10.1, the filly comes from an active family with multiple updates under her second dam since the catalog was published.

“We like this filly a lot. She is very good looking, looks very precocious and goes beautifully on the dirt. She’s the kind that could go anywhere, we have high hopes for her,” said Tris de Meric of the filly.

The deep pages continue throughout the sale with a granddaughter of Listed winner and Bago half-sister Beta going through the ring as Lot 536 from All Dreams Equine. The first foal out of Zeta, her dam is a half-sister to Listed placed Bedale and the dam of Listed winner Wootton’s Colt. The family also includes the aforementioned Champion Bago and dual-Group I winner Maxios with Group I winner Denebola under her fourth dam.

McKathan Bros sends out the second to last Air Force Blue of the sale with Hip 605 a great-grandson of Pure Profit.

The half-brother of two winners from two to race, he is out of a half-sister to the dam of Listed placed Gloria’s Angelo. Third dam Pure Profit is also the dam of Champion Inside Information and Grade I winner Educated Risk as the matriarch of one of the best families in the stud book. Breezing in :10.1, the colt is bred on the same War Front x Street Sense cross as Grade III winner Speed Franco.

The final 2-year-old through the ring for Air Force Blue is Hip 632, bred on the potent Galileo cross. The son of a full sister to Listed placed Mazaz is offered by White Lilac and comes from the family of Group I Poule d’Essai des Poulains winner Falco and Group I winning Groom Dancer.

The colt is bred on the War Front son x Galileo cross that has produced two Grade I winners while War Front bred to Galileo mares has three other Grade/Group I winners including Champions Roly Poly and U S Navy Flag with eight stakes winners from 47 runners overall.

Bred by Stone Farm, Air Force Blue was himself a $490,000 Keeneland September yearling purchase who lived up to his potential on the track as a three-time Group I winner during a stellar juvenile campaign that saw him the highest rated 2-year-old ever trained by Aidan O’Brien.