For the fifth time in six sessions, one of Ashford’s first crop sires had the top priced weanling when Mo Town’s colt sold for $185,000 to top the overall session. He provided the first and third parts of a 1-2-3 punch with a Practical Joke weanling the second most expensive of the session and a Mo Town colt the third most expensive weanling.

Bought by Davant Latham as agent from Alliance Sales Agency, the colt bred by Erv Woolsey and Ralph Kinder is out of the winning Broken Vow mare Mybrokenhome.

Already the dam of one winner from one to race, Mybrokenhome is also the half-sister to stakes winner and Grade III-placed Pool Winner and of stakes-placed Sounds of the City. A multiple stakes placed runner herself, Sounds of the City is also the dam of Munnings’ Grade II winner and multiple Grade I-placed Venetian Harbor and is a great-granddaughter of Breeders' Cup winner Safely Kept. 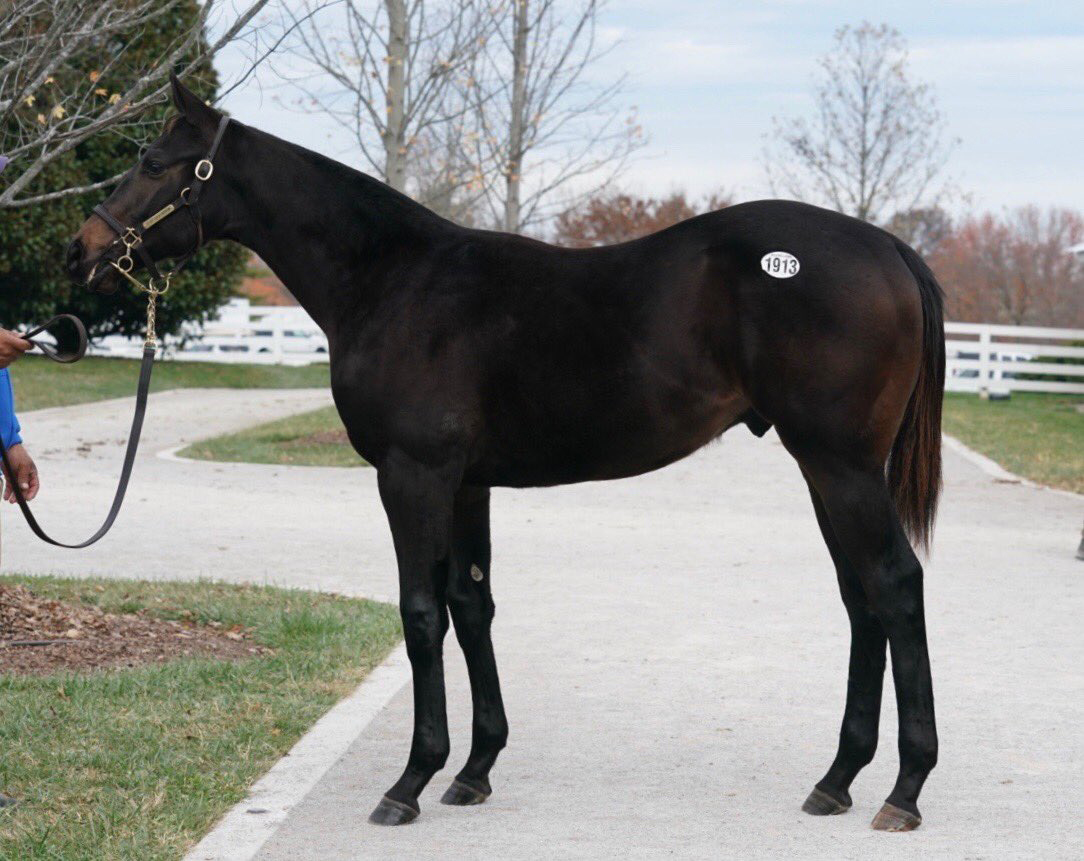 “[The Mo Towns] have been good overall, and further confidence comes from Laoban, Nyquist and Outwork,” Latham told Thoroughbred Daily News. “I was lucky last year with a Nyquist who we pinhooked and sold in September. Those three are all in the top five freshman sires, so you’ve got to believe in the sire line and this was just a beautiful horse. We were very fortunate to get him.”

It was a big day for Mo Town with his colt out of Bernardini mare Closing Move bringing $75,000 as the third most expensive weanling of the session. Offered by Lane's End on behalf of breeder Mike Pietrangelo, the colt from the family of champion Johannesburg sold to Stella Stables.

Standing for just $7,500 in 2021, the Grade I-winning Mo Town was a graded stakes winner on both dirt and turf during his career.