Days after his first runner finished a close second at Keeneland, Practical Joke looks to light up the OBS ring again at the Spring Sale of Two-Year-Olds with the triple Grade I winner sending out 21 juveniles to continue his domination of this year’s 2-year-old sales.

The stallion’s Julie Davies-offered Hip 955 leads the charge after registering a bullet when breezing in :9.4 last week. The filly is out of Grade III winner Jenny’s So Great, who is the dam of a winner and is also a half-sister to the dam of a stakes winner. Bred by Woods Edge Farm, she was purchased by Davies for $165,000 at last year’s Keeneland September Sale.

Four Practical Joke juveniles stopped the clock in :10.0 – the second fastest time of the show.

Hip 271 is the first of those to go through the ring with the colt the first foal out of Super Shopper consigned by Hemingway Racing and Training Stables. The Jimmy Gladwell-bred colt’s third dam is multiple stakes winner Storm Beauty, who produced four stakes horses herself – led by Grade III winner Buffum.

Hip 435 saw two notable updates after the catalog was released with her half-sister winning in February to take their Group III-placed dam to two winners from two to race. The Eisamen Equine-consigned juvenile also saw Grade I winning relative Alcohol Free win her 3-year-old debut in the Group III Dubai Duty Free Stakes in England on Sunday. In all, the Brookdale Farm-bred filly’s page is an active one throughout the generations with multiple horses under her second dam also winning since the catalog came out. 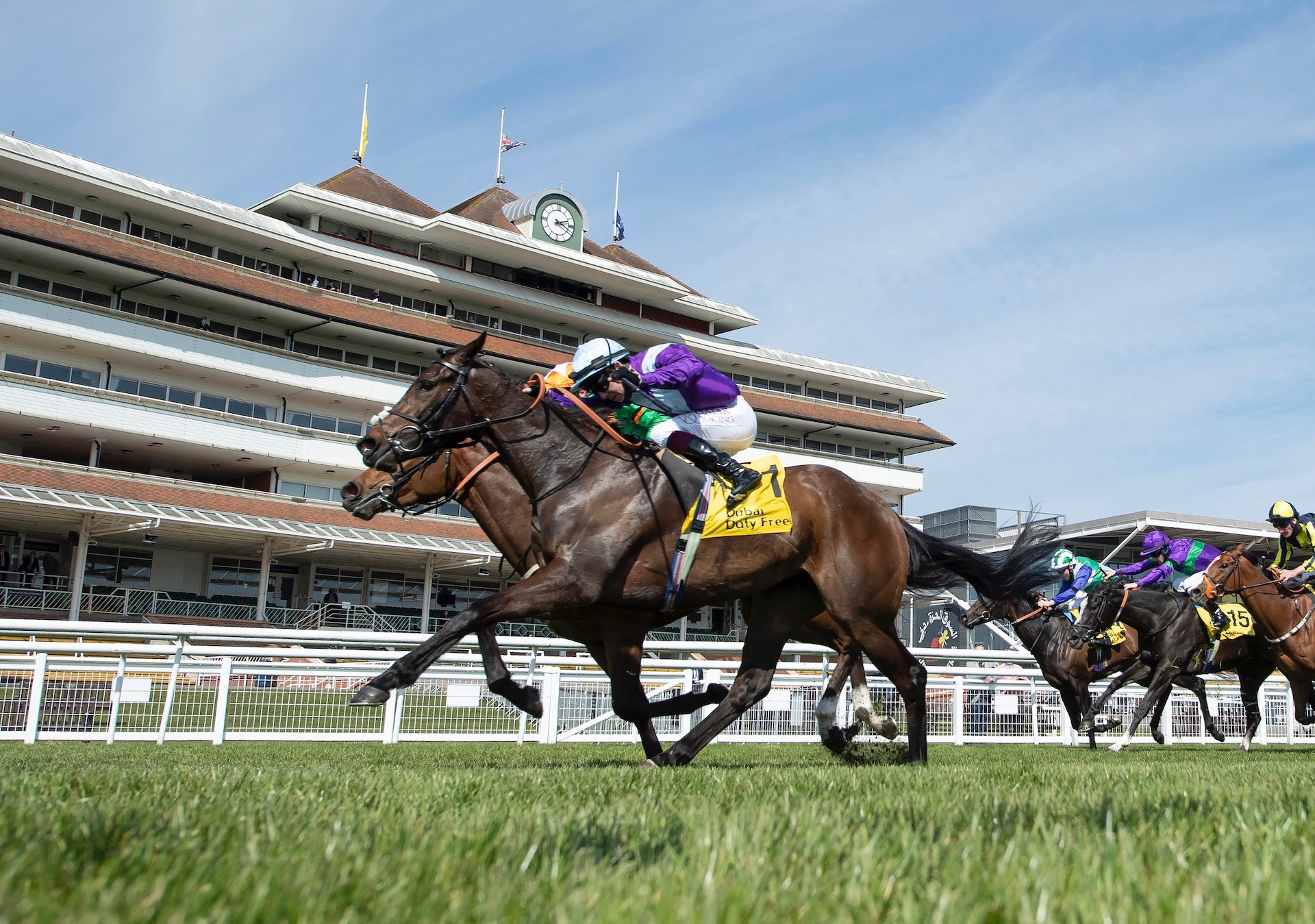 Out of a half-sister to Grade I winner Sean Avery is Hip 591 from Two Oaks Equine. Another one of her sire’s :10.0 breezers, the Gainesway Thoroughbreds and Bridlewood Farm-bred has seen multiple horses under her successful second dam provide updates to the page in the past month and a half with one winning and two others placing. The half-sister to one winner from one to race, this filly also finds Grade II winner Pretty N Cool and three other stakes horses under her second dam.

The final of the :10.0 quartet is Hip 637 from Kings Equine. The colt’s two-time winning dam is a half-sister to multiple stakes winner My Miss Chiff and stakes winner Silvercents with stakes winners under his second, third, and fourth dam. Bred by Pollock Farms and Town And Country Horse Farms, the colt saw his dam’s only foal to race add a placing to his record in March.

One of only two Practical Joke horses to breeze a quarter, Hip 1009 stopped the clock in :21.0 for Eddie Woods. The colt is a half-brother to stakes winner and multiple graded stakes placed Battle Force and received a major update when his stakes placed dam’s half-sister Gaudeamus saw son Golden Sixty add a 16th career victory to his record in the Group I Citi Hong Kong Gold Cup in late February for his third straight Group I victory. An international family, the Forging Oaks Farm-bred colt sees 14 stakes performers under his first two dams with those performers coming on three different continents.