It was two more bullseyes for Cupid on Sunday when Sterling Silver (2f Cupid x Sheet Humor, by Distorted Humor) won on debut at Aqueduct less than an hour after Princessofthenorth (2f Cupid x Comanche Princess, by Indian Charlie) broke her maiden at Woodbine.

Making her second start for owner Conrad Farms and trainer Mark Casse, Princessofthenorth was a closely attended leader in the seven furlong race with a few horses racing close behind early. Going into the turn, it was just Princessofthenorth and Spooky Spice battling with the rest of the field quickly being left in the distance.

The duo turned into the stretch with nearly five lengths on the field and soon even Spooky Spice was left behind. Under a hand ride, Princessofthenorth bolted home by 3 1/2 lengths with much more to come if Patrick Husbands had asked.

An Altamira Stable-bred in Kentucky, Princessofthenorth is a granddaughter of multiple stakes winner Channing Way. That mare produced five winners from five to race, including the winner's own three-time winning dam Comanche Princess, who is now the dam of three winners from three named foals.

Racing for Mark Anderson under the guidance of Thomas Albertrani, Sterling Silver kept her connections in suspense until the wire in the six furlong dirt race. Sterling Silver broke from one of the widest gates and though she broke strongly dropped nearly five lengths behind the leaders. 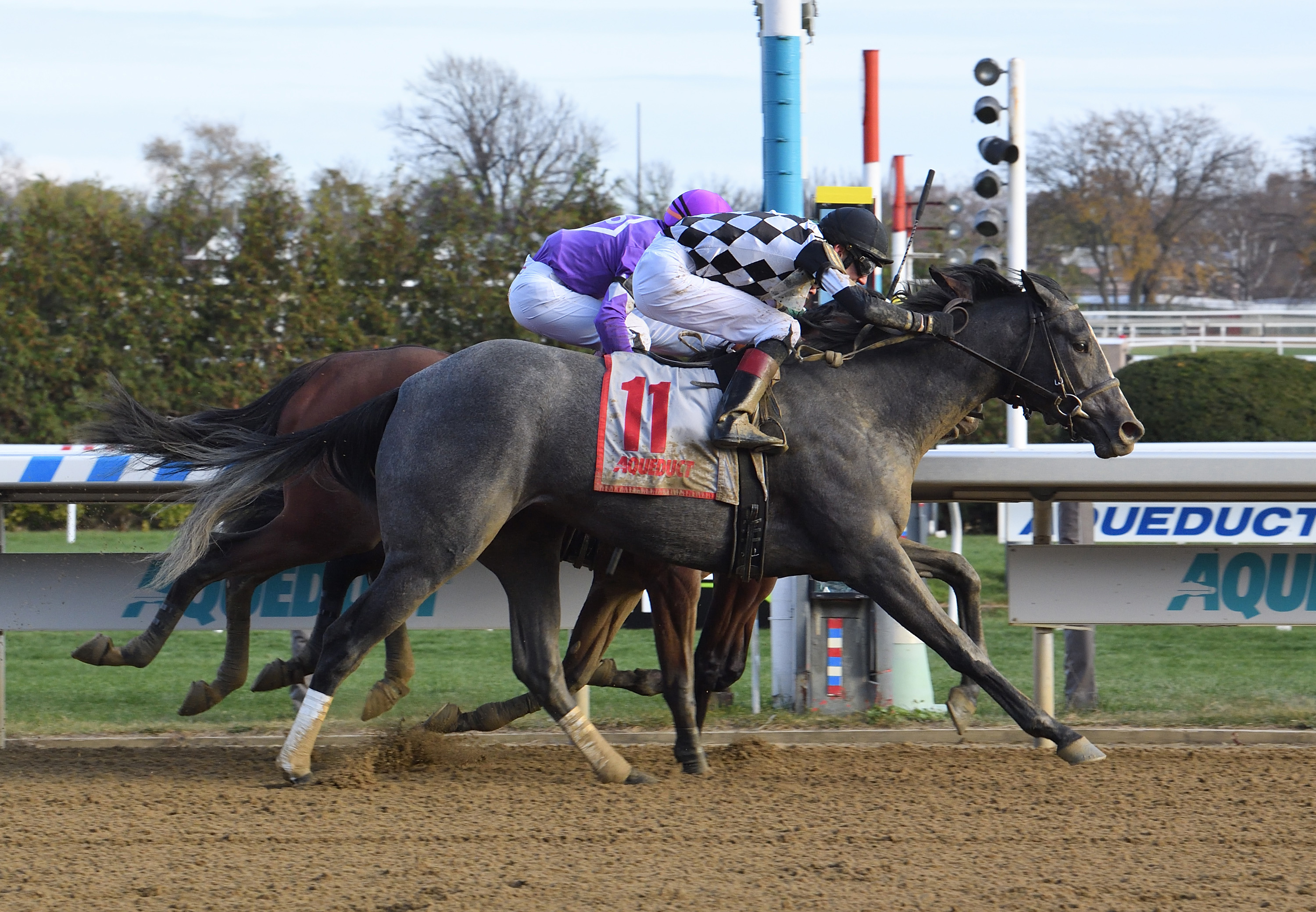 Trevor McCarthy wasn’t deterred, however, and kept the filly focused with a determined ride. Sterling Silver was sent through traffic before going widest of all to race just behind the leaders into the stretch.

Sterling Silver showed that McCarthy’s faith was going to be paid off as the filly cut into the lead with every stride in the final furlong. It took her the whole stretch but in the end she was the winner by a nose.

Bred by Mallory and Karen Mort, the filly is out of their mare Sheet Humor. That 10-year-old mare is out of the Grade III winning Sheets, who herself is out of a stakes performer.

The juveniles are the second and third winners for Cupid in 24 hours and his sixth and seventh winners in November.

In all, the Grade I winning Tapit son now has 20 winners – the fifth best of any North American freshman this year.