It was a second winner in three days for Cupid on Sunday when Valentina Day (3f Cupid x One In A Romp, by Cryptoclearance) won her second straight race at Turfway Park.

Starting exactly a month after her maiden breaking win, the gray filly was cutting back a sixteenth to one mile for the Allowance Optional Claiming race.

She stuck close to the pace, never more than 1 ½ lengths behind as she raced along the rail from the number two post early on. Emmanuel Esquivel gave up that position in the far turn to give her clear running room and it was all she needed to make her move.

The Ben Colebrook trainee rallied down the stretch to take command just inside the final furlong and pull away by 1 ½ lengths as the second choice. She has never finished worse than third in her three career starts.

A $130,000 weanling purchase, Valentina Day races for Andrew Warren and was consigned to the 2019 Keeneland November Sale by her breeder Runnymede Farm. 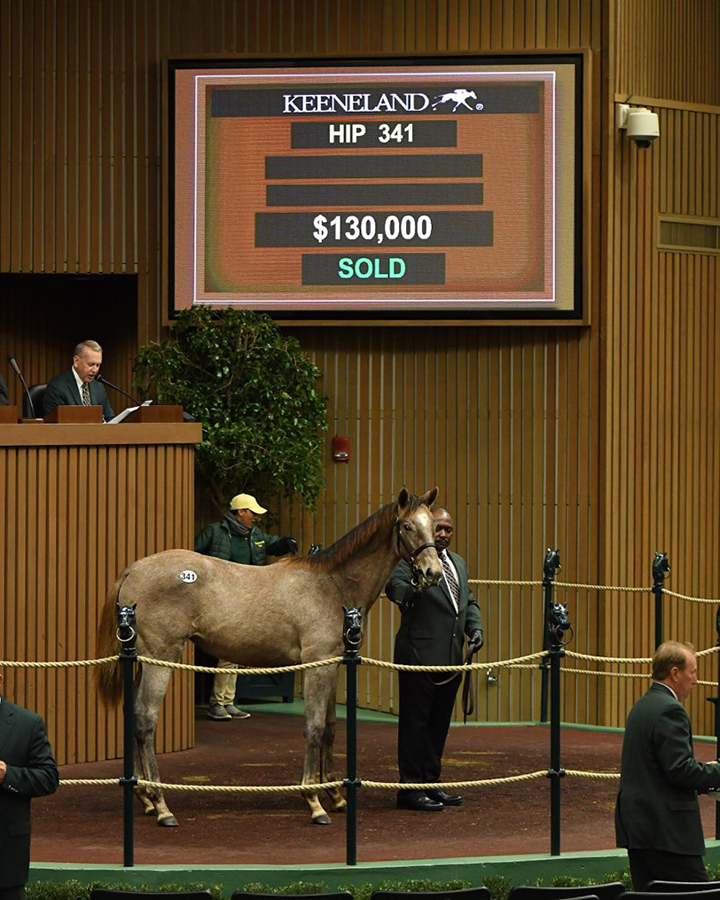 She is out of the stakes-placed mare One In A Romp, who herself is a half-sister to stakes winners Jonesy Boy and Pinch Pie. One In a Romp is also by the same sire as her dam’s half-brother, Grade I Breeders’ Cup Classic winner Volponi.