The final day of Magic Million’s Gold Coast Yearling Sale was a banner day for American Pharoah with the Triple Crown winner the only sire to have two yearlings over the $500,000 mark in the session.

American Pharoah only had two of his first Australian crop yearlings go through the ring during the Saturday night session but both lit up the ring with Tsaritsa’s colt from Attunga Stud the third highest priced of the session.

Bred by Grand Park View Stud, the colt is the first foal out of Group II winning Tsaritsa. He went through the ring only a few hips before the end but proved to be popular with bidders. A strong looking type, the colt’s dam is a half-sister to Group II winner Ninth Legion from the family of Tale of the Cat’s Group I New Zealand Two Thousand Guineas winner Tell A Tale. 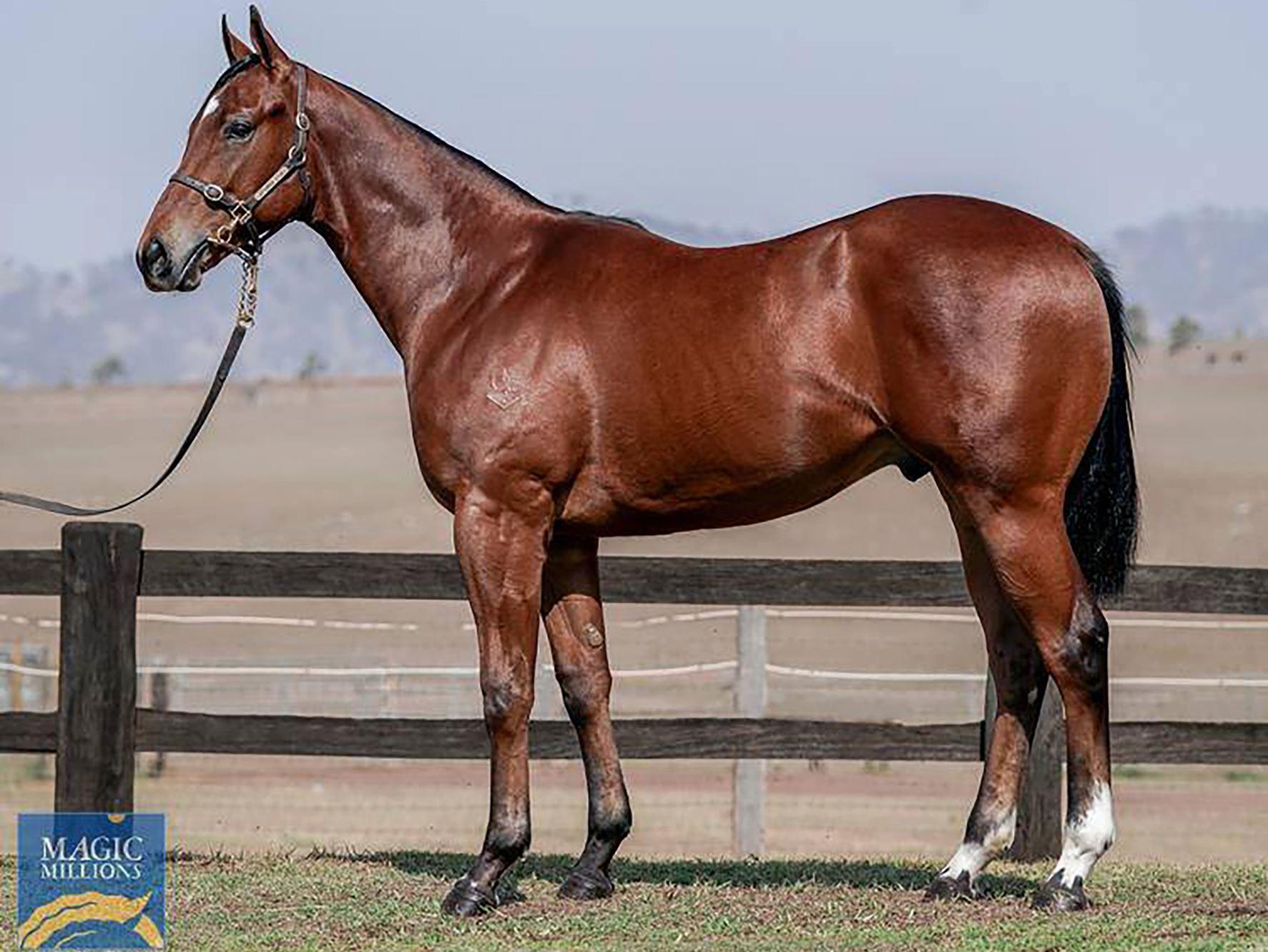 At the end of the bidding battle Spendthrift Australia signed the ticket for $675,000, one of two American Pharoah yearlings they bought during the week.

"We are very happy. American Pharoah is obviously a horse that has come here with a big level of excitement on. We're leaving with two, a colt and a filly, obviously we like them. It's exciting to sit here and wait for this guy and take him home. That's the best result," Spendthrift Australia’s Garry Cuddy told Thoroughbred Daily News Australia New Zealand.

"His mum was some racehorse. "Obviously, it's a family that is littered with black type. If he can live up to that, we've got a horse that is an option for both hemispheres, which is obviously the aim."

Earlier in the session Adam Brandwood, Anthony Panozzo, and Matt Laurie Racing won a bidding battle that saw them take a Katom-bred filly by the sire home for $575,000 from the Coolmore consignment. The most expensive filly of the session and fifth most expensive yearling of the night, she is out of Group III-placed Starfish.

The dam of five winners from five to race, Starfish is also the dam of Group II placed Wolf Cry and Listed placed Glenbawn Dame. A page full of blacktype, the filly is a granddaughter of Group I winner Stella Cadente and closely related to recent Listed winner Deep Image. 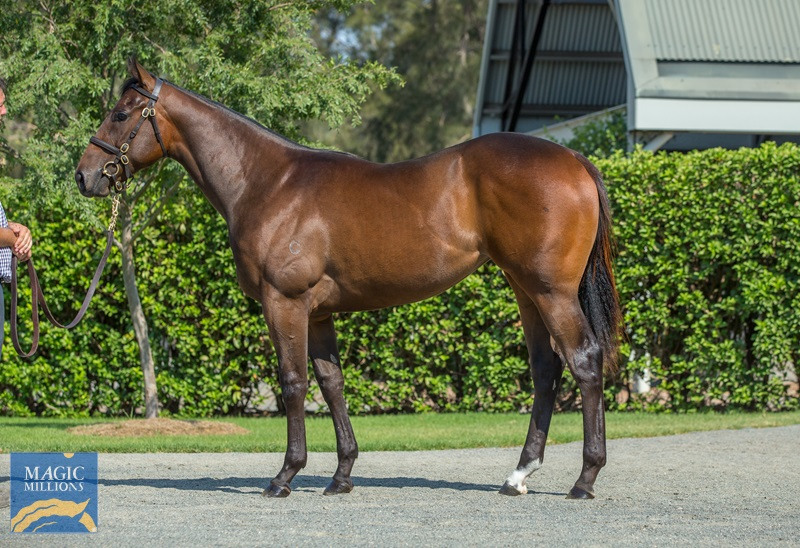 American Pharoah easily led all first crop sires by average with his 20 yearlings sold on the Gold Coast averaging $350,000, the fourth highest overall among all sires with three or more sold.