Going through the ring half-way through the weanling section of the Fasig-Tipton sale, the colt bred by Jasion Hewitt and Doris Leisenring is consigned by Taylor Made Farm as Hip 73. The colt is the first foal out of Senora Quatorze, a half-sister to stakes placed Wear Well and the dam of stakes winner Bad Toro and stakes placed Entorno.

The bay colt’s third dam is Grade I winner Castilla, who has 11 stakes horses under her name on Hip 73’s page.

Moving over to Keeneland for its 10-day November Breeding Stock sale, Mo Town’s first offering is Hip 1161 from breeder Michael C. Byrne’s consignment. A three-quarter brother to Uncle Mo’s Famished, the colt is out of a multiple winning half-sister to stakes winners Tothemoonandback and Ruby Park. Among those under the Ontario-bred colt’s second dam are also Grade I Breeders’ Cup Filly and Mare Sprint winner Wavell Avenue and stakes winner Perigee Girl.

Bred on the same Uncle Mo x Scat Daddy cross as stakes winner and multiple graded stakes placed Mo d’Amour, Bluewater Sales-consigned Hip 1829 is the first foal out of a Scat Daddy half-sister to stakes winning Street Gem. Bred by Genet Racing LLC, the colt out of Holy Alliance comes from the family of stakes winner Desert Gold, who is also the dam of Group I winner White Moonstone among three stakes horses with Desert Gold’s half-sister the dam of four stakes horses including Grade III winners Black Onyx and Independence Hall.

From the family of Munnings’ Grade I Breeders’ Cup Filly and Mare Sprint entrant Venetian Harbor, Hip 1913 consigned by Alliance Sales is out of a winning Broken Vow mare. Bred by Erv Woolsey and Ralph Kinder out of Mybrokenhome, the colt’s dam is a full sister to stakes winner and Grade II-placed Pool Winner and to stakes-placed Sounds of the City, the dam of multiple graded stakes winner Venetian Harbor. The colt has plenty of Breeders’ Cup form in his pedigree with his fourth dam the Grade I Breeders’ Cup Sprint winner Safely Kept. 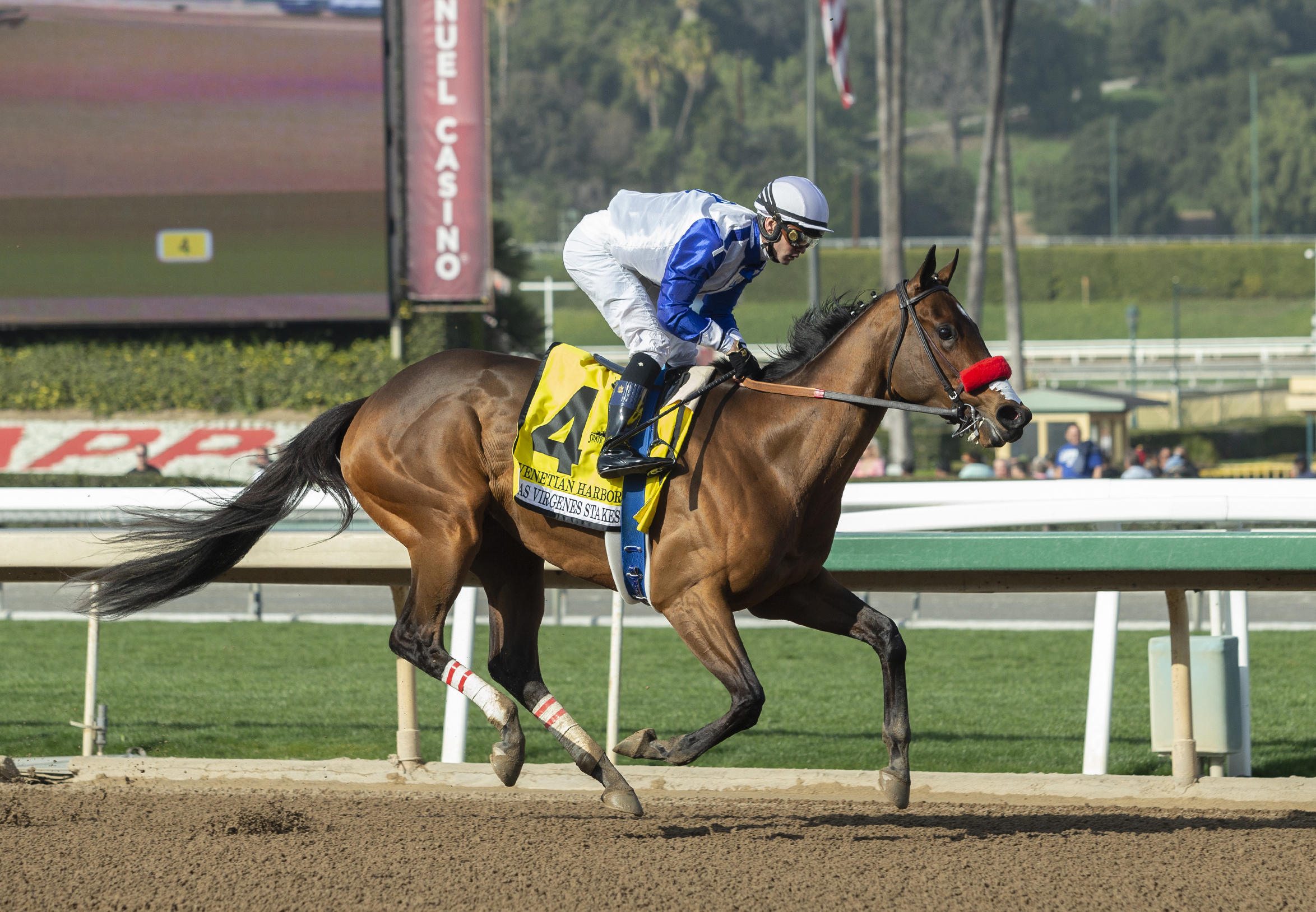 A grandson of Grade III winner and Grade I-placed Misty Rosette, Hip 2066 is the first foal out of the winning mare Under Suspicion. Consigned by Lane’s End for Narola LLC and Jason Taylor, the filly’s third dam is stakes winner and top broodmare Exclusive Rosette, who is the dam of the graded stakes winning Storm Wolf and Missy Rosette. The filly’s granddam is also a half-sister to Littleprincessemma, the dam of Triple Crown winner American Pharaoh, Grade I winner Chasing Yesterday, and Grade I-placed American Cleopatra among others.

From the family of Classic Empire’s Fasig-Tipton October session topper, Hip 2150 is out of the Bernardini mare Closing Move, whose sister Delay of Game saw her 2-year-old daughter Spa Ready win after the catalog was released in addition to producing the aforementioned session topper. Another one of Closing Move’s sisters produced Grade II winner Stanford and stakes winner Hedge Fund with the colt’s third dam the successful broodmare Myth, who is the dam of champion Johannesburg.

Hip 3054 from Mulholland Springs, bred by Cesar Vallejo, Manuel Charez, Jesus Pinales and Coolmore, is the first foal out of Killay. That mare is out of Avessia, the full sister to European Champion Sprinter Avonbridge and half-sister to Group I winner Patavellian with another sibling producing stakes placed Modem.

Out of a half-sister to dual-Grade I winner Street Boss, Paramount Sale consigned Hip 3143 has already seen her young dam produce a winner. Bred by Castleton Lyons and Kilboy Estate, this filly’s dam is also a half-sister to multiple Grade II-placed Habiboo, who is the dam of graded stakes winners Bellera and Life Imitates Art and the granddam of Grade III winner Beyond Blame.

The second-to-last offering through the ring for Mo Town is Hip 3197, offered by Brookdale Sales on behalf of Vossfeld Bloodstock. The half-sister to three winners from three to race out of stakes-winning Winslet, the filly is also a grandson of stakes winner and Grade III-placed Mamaison Miss. In addition to being a daughter of a stakes winner, Winslet is also a half-sister to a stakes horse with half-brother Owners Manual finishing third in the Grade II Jerome Handicap.

The Fasig-Tipton sale kicks off at 2 p.m. ET on Sunday in Lexington, Ky. with the Keeneland November Breeding Stock Sale starting at noon the following day.