The first day of the 2020 Magic Millions Gold Coast Yearling Sale in Australia proved to be a major success for Triple Crown winner and North American Champion Freshman Sire American Pharoah, whose first nine yearling through the sales ring in the country were led by the most expensive yearling sired by a first-crop sire at the sale.

Purchased by Tom Magnier from the Lime Country Thoroughbreds draft, the $850,000 Derelique colt bred by Brad Crismale is a half-brother to Uncle Mo’s Group II winner Man From Uncle. The colt is the sixth foal from the mare, who has produced two winners from her three to race. In addition to Man From Uncle, two of the mare’s other foals also placed fourth in graded stakes company during their careers.

Segenhoe Stud sold the second most expensive American Pharoah of the day – and seventh most expensive yearling overall in the session - with a colt out of Azumi bred by Sheikh Mohammed Bin Khalifa Al Maktoum bringing $750,000 from Hawkes Racing. A blue-blooded half-brother to Grade III-placed High Spirit, he is out of a full sister to Australian Champion Alinghi and comes from a proven stakes family that includes sire Beneteau. 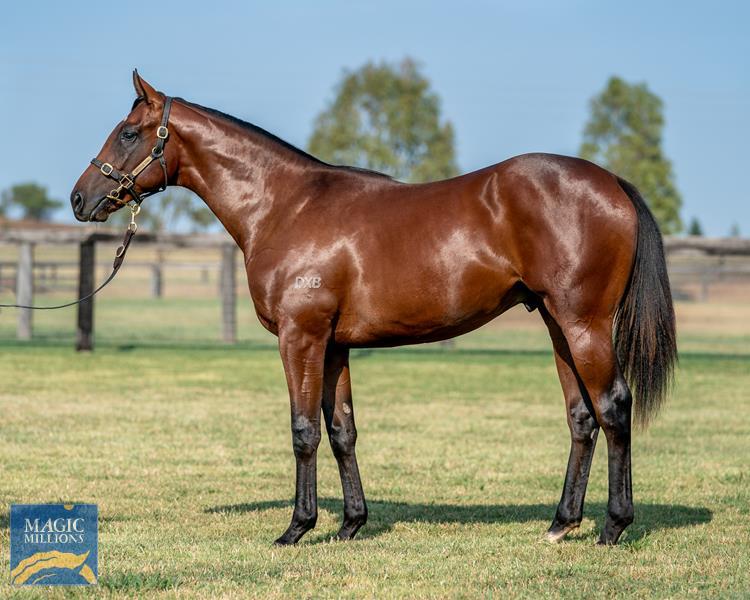 “We though he was probably a $600,000 horse, but when we saw Coolmore bidding on him that gave us a bit more confidence,” Hawkes told Sky Racing. “We loved him from the first time we saw him. Sometimes there is a big difference between what you want at a sale and what you get, but he was one we really wanted.”

“American Pharoah has done such a good job overseas and a lot of his winners are on turf. He’s low flying a bit here and he still has to do it, but we like him and will be happy to buy more of them this year.”

With an average of AUD$331,111 placing him fourth among sires with five or more sold, American Pharaoh had five yearlings sell for over AUD$200,0000 to have the third highest gross of all stallions (with the top two stallions selling six and one more yearling than him) in the first session.

The North American Champion Freshman Sire is already flying high in the Northern Hemisphere in 2020 with three of his first four runners hitting the board this year – including Prince Of Pharoahs becoming his 12th stakes horse worldwide when finishing second in last week’s Listed Jerome Stakes to join the Kentucky Derby trail.