Sammarco (3c Camelot - Saloon Sold, by Soldier Hollow) came out on top in a thrilling renewal of the Group 1 German Derby on Sunday.

Hailing from the in-form Peter Schiergen stable, the progressive bay landed the Group 2 Sparkasse Union-Rennen last time out and stepped up to a mile and a half for the first time at Hamburg. Chasing the leaders under Bauyrzhan Murzabayev, he was shuffled back turning for home and ran on strongly once a gap appeared. Leading upon entering the final furlong, he dug deep to deny his old allies Schwarzer Peter and So Moonstruck.

It marked a first success in the Classic for Murzabayev, who said, “I am overwhelmed and can hardly speak at the moment. I am so proud of this horse.”

Victory also proved sweet for owner/breeder Gestut Park Wiedingen, with Baron Helmut von Finck saying, “We have been a breeding operation for 35 years now and this is a lifetime dream come true. It is absolutely awesome.”

Schiergen, meanwhile, was winning the €650,000 contest for a sixth time. “Bauyrzhan gave Sammarco a great ride and really earned his first Group 1 and Derby victory,” the trainer said. “It was only Sammarco's fourth start, he has won two Group races now and was Group-placed before. I am quite positive that he is a true Group 1 horse in the making.”

Sammarco’s record now reads 1-2-1-1, with further progression likely for the son of Camelot. Sunday provided a major update for his two-year-old half-sister by Saxon Warrior, who has been named Salon Starlet. 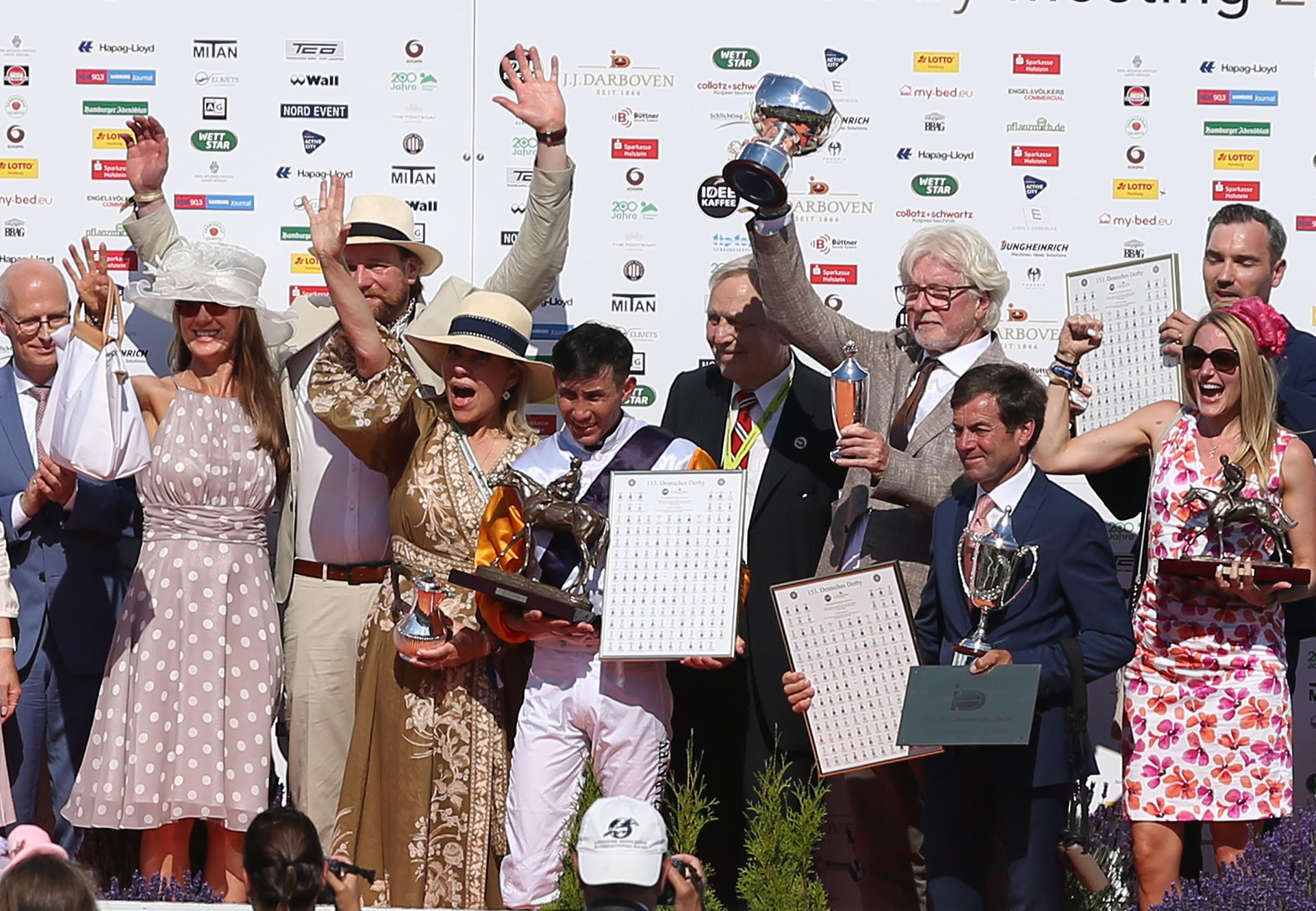 Back To Back Group 1 Wins For Son Of Camelot

The highly-rated Point Gellibrand (3g Camelot - Fast And Pretty, by Zamindar) ran out a stylish winner of…
Continue reading
17/06/2022

The promising Como Park (3c Camelot - Homepage, by Dansili) battled back to justify favouritism in the mile…
Continue reading